She has played in many series and movies like Man Up, Kiss me First, Run, Guilt, etc. She is possibly single.

Luckily, Simona is single and unmarried at the current moment. She is beautiful and has an attractive personality.

However, she has never shared anything related to her love interest or talked about her ex-lovers.

Presently, she seems to be more focused on her career building rather than getting into a relationship and getting married. 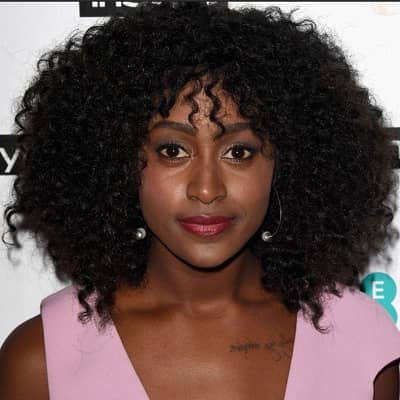 Who is Simona Brown?

Simona Brown is a British Actress. She is well-known for her acting as the starring role in the Netflix series Behind Her Eyes. She has played in many series and movies like Man Up, Kiss me First, Run, Guilt, etc.

Simona Brown was born on 6 April 1994. As of 2021, she is 27 years old. She was born and raised in Peckham, London, England, and is of Jamaican heritage. So, she holds British nationality and falls under the sun sign of Aries. Also, she is Jamaican by ethnicity and follows the Christianity religion.

As for her family background, she has not yet revealed the name and information of her parents. However, her parents appear to be very supportive in case of her career. There are no details on any of her other relatives, cousins, siblings, etc. at the moment. It seems like she prefers to keep her personal life away from the media.

Regarding her educational journey, she studied musical theatre at the BRIT School located in Croydon and graduated from the Identity School of Acting in London in an acting course. Her childhood is not shared in the media but it seems she had a pretty decent childhood.

Simona Brown is popularly recognized as the main lead in the Netflix series Behind Her Eyes which was released on February 17, 2021. The announcement of her role was made in August 2019. In this series, she represents the character named Louise, a single mother, who has an affair with Actor Tom Batman. The drama begins when she encounters Tom Batman’s on-screen wife Adele (Eve Hewson) and becomes friends. Her life gets stuck in a web of lies and mysteries.

Her professional acting career began with the role of a Teenage Girl in the TV mini-series ‘Run(2013)’. After that, she has played many roles in many series including Gaia in The Casual Vacancy and as Grace in The Night Manager. She has also had a recurring role as Faith in HIM and as Roz in the British- American series ‘Guilt(2016)’. Moreover, she acted as the main lead Tess in the Netflix series ‘Kiss Me First(2018)’. She has also played in the remake of Roots and Murdered by My Boyfriend.

Although Simona Brown is a great actress, she is yet to achieve any awards. With her enthusiasm for acting, she is sure to be recognized soon.

However, she has been nominated in “MTV Movie & TV Awards” along with Zendaya as “Most Frightened Performance” for the first time for her act in Behind Her Eyes.

Brown has a net worth estimation of approximately $700-$800 thousand USD as of 2022. Her main source of income is her acting career.

She earns US$ 13k-16k every episode. But the details on her assets are not given yet.

Simona is a very careful actress. Even though she is a well-known actress, she stays away from all the rumors and controversies. But as her fame is growing, her haters may spread false rumors about her, but she pays no mind to such fake news.

She stands tall at the height of 66 inches (5ft 6 inches) and weighs around 54 kg (119 lbs). The body size of her chest- waist- hips are 34-24-34 inches respectively. Her bra size is 32B. She has a perfect fit body and healthy diet and her personality is charming. Further, she has a pair of pearl black eyes and short afro curled black hair.

Simona is not mostly active on social media platforms. Even so, she is available on Instagram under the username ‘@therealsimonabrown‘ and has more than 2k followers as of now.