Updated On January 26, 2023 | Published By: Selina shamp | In Dating , Relationship
Share this 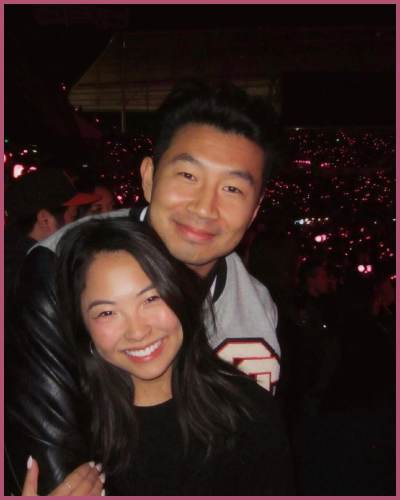 Cheers to the good news! Simu Liu has a new love in his life, with whom he made things Instagram official.

The Marvel star shared cute snaps of the romantic couple among festivities wearing matching sweaters. The Shang-Chi actor and his girlfriend Allison Hsu posing together at the Violent Night premiere in Los Angeles on Instagram.

Liu can be seen smiling with an arm around his girl Hsu. Liu was snapped wearing bright multicolored Christmas sweaters with white jeans holding a martini glass and Yin-Yang motifs.

Meanwhile, Hsu also wore a similar green holiday sweater with a snowy landscape design. She wore a gray skirt and long black boots while completing her look. Liu who introduced his girlfriend joked in the caption,

Simu and Allison Hsu are dating for over a year now. They had kept their relationship low-key in their initial phase of dating. But both of them are yelling their love.

Hsu had already made her relationship with Liu’s Instagram official back in late November. She had posted a crazy photo of the duo at a Blackpink concert. It is the first time Liu posted about his girlfriend while Hsu had previously shared their cuddling and their smiley photo.

The couple earlier this year also made their red carpet debut at the 2022 ESPYs in July. Hsu and Simu were also having romantic dinner dates and were often seen walking arm-in-arm.

Who is Simu Liu?

Simu Liu is a Chinese-born Canadian actor who portrayed Shang-Chi in the 2021 Marvel Cinematic Universe film Shang-Chi and the Legend of the Ten Rings.