Actor Simu Liu is low-key about his love affair. 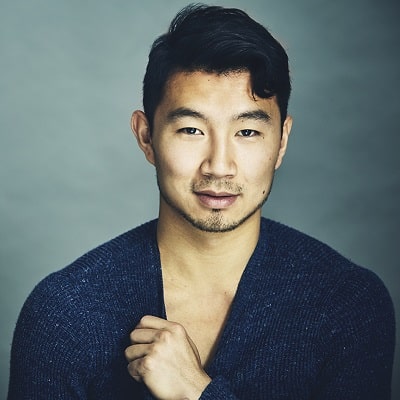 Simu Liu might be currently living her single life. Also, he has not been linked with any other girls. He is currently focusing on his career rather than being in a relationship. He will definitely get the one he wants.

Who is Simu Liu?

Simu Liu is a Chinese-Canadian actor, writer, stunt performer who is well known for starring in ‘Kim’s Convenience’, ‘Fresh off the boat’ and will play  Shang-Chi in  Marvel Cinematic Universe’s  ‘Shang-Chi and the Legend of the Ten Rings’.

He was born on April 19, 1989, in Harbin, China. His mother and father moved to Canada to study at Queen’s University to escape a regime in their home country. He was raised by his grandparents and when he was 5 years old, he reunited with his parents.

His childhood was not that easy as that of normal children: filled with anger, sadness, and resentment where he struggled to balance traditional lifestyle and modern lifestyle. He is the only child of his parents.

Simu holds Canadian and Chinese citizenship and his ethnicity is Chinese.

Initially, he worked as an accountant at Deloitte but, in 2012, he was laid off. He even considered throwing himself off the balcony because of his disappointments with his parents. But, he controlled his anger and searched for another career.

He starred on the set of a Guillermo del Toro movie as a minimum-wage extra.  After that, he fell in love with acting and film-making and checked Craigslist every morning in search of similar opportunities. He booked his first national commercial after a few weeks and also came out to his parents like an actor.

Moreover, it was announced in July 2019 that he would star in the main role of Shang-Chi in  Marvel Cinematic Universe’s 2021 film ‘Shang-Chi and the Legend of the Ten Rings’.

As a writer, he wrote the short film Meeting Mommy and was the writer on the second season of Blood and Water.

He has been nominated for 3 ACTRA Awards, Canadian Screen Award, among which he has won 2017’s ACTRA Award for Outstanding Performance – Ensemble.

He must have accumulated a huge sum of money from her career. However, Simu has not disclosed his exact net worth, salary, and income.

He has been successful in maintaining his celebrity status. Also, he has not been involved in any rumors and controversies in his personal and professional life.

Simu Liu has a height of 6 ft. and weighs 79 kg. Simu has dark brown eyes and black hair. But, his shoe size, dress size, etc. are not available.

Chinese – American actress-rapper Awkwafina is happy about the increasing representation and diversity of Hollywood!