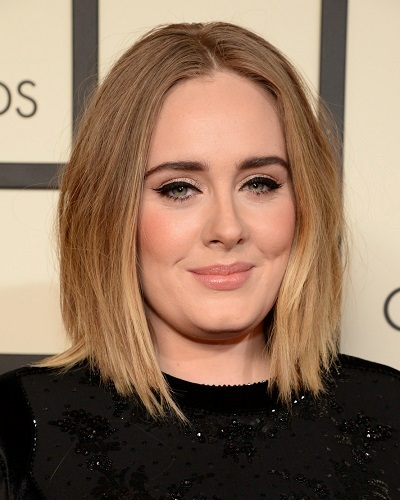 Singer Adele and her husband of 3 years Simon Konecki separated in April 2019. Now the two are going to make their separation legal. Hence the Grammy award winner has now gone ahead and filed the divorce papers in court on 12 September 2019.

Adele and her official divorce

Adele and her husband Simon Konecki separated in April 2019. But they at that time did not go ahead and make the separation official. Probably, the couple wanted to give some time and thoughts on it before making the split permanent by filing for divorce in court.

They have now decided that they would not be able to reconcile anytime now in their life. Hence, she put in her divorce papers in court on 12 September 2019. TMZ has obtained copies of these papers.

Simon Konecki who is the CEO of Drop4Drop and the singer knew each other for many years. But they began to date in the year 2011. Their relationship was first made official when they were photographed in January 2012 while they were holidaying in Florida. In June 2012, the couple announced that the singer was pregnant with their first baby. Adele posted on her Instagram:

“I’m delighted to announce that Simon and I are expecting our first child together.”

“I wanted you to hear the news direct from me, obviously we’re over the moon and very excited but please respect our privacy at this precious time. Yours always, Adele xx.”

The child is Angelo and is 6 now.

The couple wed in 2016 in a secret intimate wedding. Her fans and listeners did not know about this marriage until the Grammys in 2017 when she gave an emotional acceptance speech in which she thanked her husband Simon. She had said:

In 2014, rumors of a split had surfaced but the singer had shut these rumors when she said:

“Just wanted to wish everyone happy holidays & all the best for 2015! PS Simon & I are still very much together, don’t believe what you read x.”

And later in April this year, Adele’s rep disclosed that they have split. The rep said:

“Adele and her partner have separated. They are committed to raising their son together lovingly. As always they ask for privacy. There will be no further comment.”

But the couple is committed to raising their child together and lovingly.

As regards the reason for the divorce, a source told:

‘Adele is a wonderful mother and as hands-on as she can be. However, it seemed like Simon and his feelings were suffering as he was becoming a stay at home dad, essentially. Adele’s an extremely private person and she rarely talks to anyone about her personal life, but it has been hard for her because her career has consumed a lot of her time,’

‘She relied on Simon heavily and on nannies to help as she tried to balance personal life and work the best that she could. She loves her son so much.’

Is he returning to his first wife?

Some websites have talked about Simon reaching out to his first wife, fashion stylist Clary Fisher. The couple shares a daughter. In December 2018, he had exchanged Christmas greetings with her. But there is no confirmation on this front.

Adele is an English singer and songwriter. She is a Grammy Award-winning artist with hits like ‘Rolling in the Deep’, ‘Someone Like You’, and ‘Hello’. She released her debut album, ‘19’ in 2008. Since then, she has released other two albums ‘21’ and ‘25’. More Bio…

Who is the ex-husband of Adele, Simon Konecki? Know about his age, childhood, career, and previous marriage!
Tags : CEO Singer Songwriter