Singer Una Healy has gone official about her new love five months after her breakup with her husband Ben!

Updated On January 26, 2023 | Published By: shahid | In Affair , Dating , Relationship
Share this 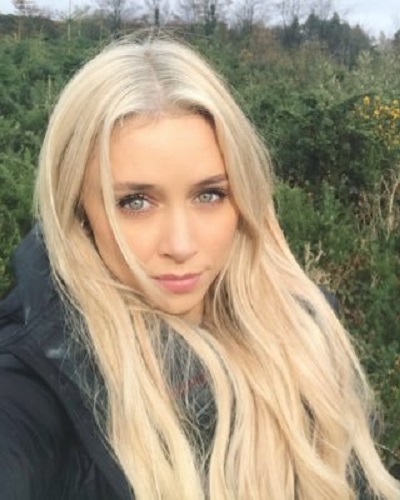 Una Healy who had a divorce with her husband Ben just five months back is in love again. The singer’s new boyfriend is none other than the former Limerick hurler, David Breen. Una had kept her relationship with David under wraps but has now admitted before Christmas that she could no more keep it a secret.

“I have tried to hide him but he’s too tall,”

There were speculations about their budding relationship when she was spotted on the sidelines supporting and cheering David when he used to play for the Limerick. David is also a physiotherapist at Wasps in Coventry in England and takes time off to play from the local club, Na Piarsaigh.

Una Healy and her relationship with David Breen

Singer Una Healy was the guest at their club when the Limerick celebrated their hurling championship victory in November 2018. After she broke up with rugby player Ben, Una changed her looks and colored her hair blonde from the red that it was. It is likely that Una and David began dating after their November meeting and have now gone official on it.

The couple has not released any engagement or marriage plans.

Regarding her relations with her ex-husband, Una had said to Closer magazine:

“Of course I want to stay friends with Ben. He’s the father of my children and he’s in my life forever, so hopefully one day we can be friends.”

Una Healy and her divorce from Ben

Una Healy and Ben had known each other since 2008. After 4 years of a wonderful courtship, the couple married in 2012 at Una’s native Tipperary. Their married life was going well and smoothly. They have two children together-Aoife-Belle (7) and Tadhg (4).

But in July 2018, their separation was confirmed when a spokesperson for Una stated:

“I can confirm Una and Ben have separated and she’s in Ireland with her mum and kids, but there will be no further comment to make.”

After the breakup, Una was devastated and said that she was saddened that her six-years marriage has come to an end. But she plans to bury the hatchet and be friends with her ex.

Una has been busy post her split and was traveling to the UK and the US for her upcoming solo album. She used to work on Saturdays before and now has gone solo in her singing career. We wish Una all the best of luck for her Christmas with her new boyfriend and love!

Miley Cyrus and Liam Hemsworth Married! Wedding photos on Instagram. The couple’s on and off relationship affair
Tags : Ireland native Singer The Saturdays