In his personal life, Moore and Mattioli had three children together-sons Geoffrey and Christian and a daughter Deborah. They divorced in 1996.

Sir Roger Moore was married to his fourth wife, Kristina Tholstrup, from 2002 until his death in 2017. 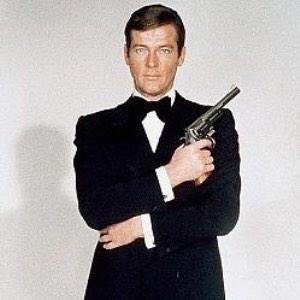 I was considered chubby as a teen

Teach love, generosity, good manners and some of that will drift from the classroom to the home and who knows, the children will be educating the parents.

Who is Sir Roger Moore?

Sir Roger Moore was a famous English actor. He played the British secret agent James Bond in seven feature films between 1973 and 1985. He also played Siman Templar in the television series The Saint between 1962 and 1969.

His birth name is Sir Roger George Moore. He was born in London, England, on October 14, 1927. He was the only child of George Alfred Moore, a policeman, and Lillian “Lily” Pope. His mother was born in Calcutta, Indian, of English origin.

Moore attended “Battersea Grammar School, but was evacuated to Holsworthy, Devon, during the Second World War, and attended Launceston College. He was further educated at Dr. Challoner’s Grammar School in Amersham, Buckinghamshire and then attended the College of the Venerable Bede at the University of Durham, but did not graduate.

Moore dropped out of school when he was 15 and went to work for Publicity Picture Productions, a London film company, where he became an animation apprentice.

Moore’s first foray into the film world would end badly though, when he was quickly fired, making his first debut in a bit part in Caesar and Cleopatra (1945). In his first break, director Brian Desmond Hurst noticed Moore, liked what he saw and found him a spot at the Royal Academy of Dramatic Arts, Additionally paying his tuition.

But Moore’s building career was interrupted at age 18 when the Army came calling, and he remained in the military, stationed in Germany, for nearly three years, a time during which he married for the first of four times, to actress Doorn van Steyn. Then it was back to London to pick up where he had left off with his acting career, something that proved to be an uphill battle.

Moore “The Saint”, in 1953, Moore remarried (to singer Dorothy Squires), moved to the U.S. and immediately landed a role on TV’s World by Tail. This role finally got Moore’s phone ringing, and it was major Hollywood studios on the other end of the line: the likes of Warner Bros., Paramount, and MGM all wanted all wanted to set up meetings.

Moore ended up contracted by MGM for $250 a week and soon appeared in his first big role in The Last Time I Saw Paris (1954). Moore was busy after that, appearing in Interrupted Melody (1995), The King’s Thief (1955), The King’s Thief (1955) and Diane (1956), the last of which marked his first role as a leading man. However, it also marked the beginning of the end his MGM contract, as none of these films propelled Moore to stardom and he jumped ship, singing next with Warner Bros.

Shortly after beginning his relationship with Warner, Mooer began acting in Tv roles, starring in such shows as The Alaskans (1959-60), Maverick (1960-61) and, most notably, The Saint (1962-69), and popular British show that aired around the world and finally made Moore a household name. His roles in the Saint also likely helped Moore land his career-making role: That of James Bond.

James Bond; Moore career on the big screen had never truly been dazzling but this luck changed in the early 1970s when he was offered the role of James Bond, a beloved book and movie character for the ages created by Briitish author Ian Fleming. Replacing Sean Connery, Moore made his Bond debut in 1973 in Live and Let Die. Moore kept a diary during the shoot and released a book based on it called Roger Moore as James Bong 007: Roger Moore’s Own Account of Filming ‘Live and Let Die’.

Post-Bond Life; Once Moore hung up his Walther PPK and spy gadgets, he appeared in several more movies, although none would reach the level of success of the Bond series. He went on to write a handful of books, including My World Is My Bond: The Autobiography (2008), Last Man Standing (published as One Lucky bastard in the U.S.) and Bond on Bond: Reflections on 50 Years of James Bond (2012).

Moore was honored numerous times: in 1999 he was made a Commander of the Most Excellent Order of the British Empire (CBE) and was knighted in 2003. In 2008, Moore was named a Commander of France’s National Order of Arts and letters.

Along the way, Moore survived various health scares including prostate cancer, heart trouble, and Type 2 diabetes. He always stayed active in support of charities, serving as a UNICEF Goodwill Ambassador since 1991. In 2000 he received an International Humanitarian Award from the London Variety Club for his charity works.

Sir Roger Moore had an estimated Net worth of $90 Million which show his huge salary from his successful acting career.

Sir Roger Moore died on May 22, 2017, in Switzerland after a “short but brave battle with cancer”, according to his family. He was 89 years old.

He has a height of 6 feet 1 inches. He has dark brown hair color and his eye color is blue.