Sissy Spacek is an acclaimed American actress and singer. She is married and a mother of two kids.

Sissy Spacek is married to Jack Fisk since April 12, 1974, and has two daughters with him – Schuyler and Madison Fisk born in 1982 and 1988 respectively. In 1982, they all moved to a farm near Charlottesville, Virginia. 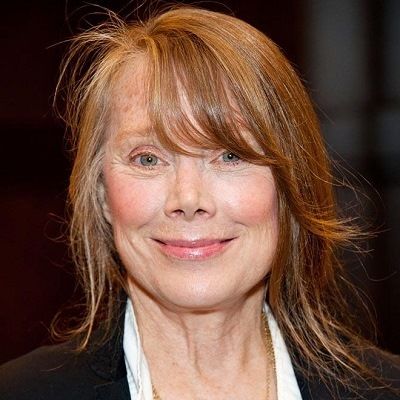 I had a dozen years to act before starting a family then found that motherhood dwarfed everything else. Once or twice a year, I take a project that appeals to me for its redeeming social value.

I asked if they could use some back flashes instead. I enjoyed the sequel but hated my role in the first film. I was awful.

There's a real danger in trying to stay king of the mountain. You stop taking risks, you stop being as creative, because you're trying to maintain a position. Apart from anything else that really takes the fun out of it.

Who is Sissy Spacek?

Sissy Spacek is an acclaimed American actress and singer, who has been active in Hollywood for the better part of four decades. Likely, she is well known for her portrayal of strong female characters, she has been nominated for the Oscar six times.

Sissy Spacek was born in Quitman, Texas, the United States on December 25, 1949. Her birth name is Mary Elizabeth Spacek and she is currently 72 years old. Her father’s name is Edwin Arnold Spacek Sr. and her mother’s name is Virginia Frances.

Talking about Sissy’s education history, she attended Quitman High School where she was quite popular among the students. Then, she attended Delbert Ballard Gymnasium. Likewise, she attended the Lee Strasberg Theatre and Film Institute.

Talking about her profession, Spacek initially aspired to a career in singing. In 1968, using the name Rainbow, Spacek recorded a single titled “John You Went Too Far This Time”, the lyrics of which chided John Lennon for his and Yoko Ono‘s nude album cover for Two Virgins. Similarly, she worked for a time as a photographic model (represented by Ford Models) and as an extra at Andy Warhol’s Factory.

Additionally, she appeared in a non-credited role in his film Trash (1970). With the help of actor Rip Torn, her cousin, she enrolled in Lee Strasberg’s Actors Studio and then the Lee Strasberg Institute in New York. In fact, her first credited role was in Prime Cut (1972), in which she played Poppy, a girl sold into sexual slavery.

Whereas, Sissy Spacek received international attention after starring in Terrence Malick’s Badlands (1973), in which she played Holly, the film’s narrator and a 15-year-old girlfriend of mass-murderer Kit (Martin Sheen). Likewise, Spacek has described Badlands as the “most incredible” experience of her career. Vincent Canby of The New York Times called the film a “cool, sometimes brilliant, always ferociously American film”.

Additionally, she also worked as the set dresser for DePalma’s film Phantom of the Paradise (1974). Moreover, she shifts back and forth and sideways: a nasal, whining child; a chaste young beauty at the prom; and then a second transformation when her destructive impulses burst out and age her.

She has also won Best Ensemble for The Help (2011) at BFCC Award.

She has an estimated net worth of around $15 million (as per 2022 data) and she has earned that sum of money from her professional career. Her successful acting career has helped her in earning fame and fortune.

There was a rumor about Sissy’s plastic surgery. Currently, she is far from rumors and controversies.

Sissy Spacek has a height of 5 feet 2 inches. Additionally, she weighs is 53Kg. In addition, she has a measurement of  34-24-35 inches, and her bra size is  34B. Sissy’s hair color is blonde and her eye color is dark brown. Furthermore, her dress size is 4 (US) and her shoe size is 8 (US).

Also, read the affair, salary, the net worth, controversy, and the bio of Drena De Niro, Danny Daggenhurst, Suzy Amis