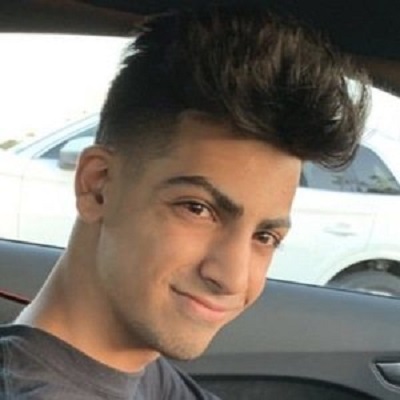 What is the relationship of Skeppy (Zak)?

Skeppy’s status is single. There are no previous records of him dating. However, the single Minecraft gamer was looking for a girlfriend in the game.

The YouTuber is dedicated to his YouTube career. He loves playing Minecraft along with his sister.

His Instagram posts suggest that evening is the best part of the day for him.

Skeppy is an American YouTuber. Zak is renowned for his Minecraft gaming vlogs that went viral on YouTube.

Skeppy was born Zak on the 17th of January 2000 in the United States.

He has a sister. He shares a very strong bond with his family. They are of Caucasian ancestry. Last on the 25th of December, they were spotted having dinner together.

He started his career at the age of 15 as a YouTuber. On the 15th of January 2015, he created his first YouTube channel. However, he uploaded his first video, Invadedlands.net New KitPVP Server! on the 10th of July which earned 213k views.

Despite that, he took a break from the channel for a year and uploaded his second video THE TRUTH BEHIND PLANETMC on the 16th of July 2016. After the video, he started uploading the videos continuously which gradually started pulling the attention of many people. The views on the video were gradually increasing along with the subscribers too. In December 2017, he earned his 10k subscribers on the channel.

On the 22nd of June 2018, he started his second channel, Zak. To date, he has uploaded only one video where he sparked painting in his best friend’s car which makes his friend pretty angry. However, she forgave her when she received the present from him.

While making Minecraft Gaming Videos, he has collaborated with a fellow YouTuber, Technoblade.

His earnings through his second channel are $7.3k US.

He is a brown-eyed brunette. There is no information regarding his other body stats.