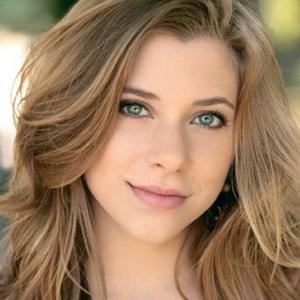 What is the relationship of Skyler Day?

Skyler Day married Ian Nelson on September 30, 2017, in Camarillo, California. They began dating since January 2013. Skyler wrote a song called ‘Ian’s Song’ for him which is included on her ‘EP’. During their trip to Italy, Nelson proposed to Day in Cortona on November 26, 2015. After the proposal, she wrote another song for him, ‘Mine Sweet Mine’, which she performed during the live show.

Who is Skyler Day?

Skyler Day is an American actress and singer. She is popular for her roles as Amy Ellis on the NBC series ‘Parenthood’ and Maggie Ritter on the TeenNick series ‘Gigantic’.

Her father’s name is David Day and her mother’s name is Kelly Day. She has got an older sister, Savannah, and a twin brother, Dalton Day (actor, singer). All of them have competed in cheerleading and gymnastics. Her parents were also gymnasts and owned a gym in Norcross, Georgia. Her family shifted to French Valley, California, to pursue a career in the entertainment industry. Her father, David, works as a recruiter in the construction field.

Skyler holds American citizenship but her ethnicity is unknown.

There is no information available regarding Skyler’s education history.

Skyler auditioned for television pilots for several months and took jobs doing radio voice-overs and television commercials. She played the titular role in the direct-to-direct video film ‘The Adventures of Ocoee Nash in 2003. She co-starred in several short independent films and television films before guest-starring in a 2009 episode of ‘Icarly’ from 2004 to 2008.

She had a recurring role in the TeenNick series ‘Gigantic’ in 2010 but the series ended after one season. She played the role of Amy Ellis on the NBC series ‘Parenthood’ in 2011.

Skyler is also an aspiring country music singer as well. She took classes in musical theatre, songwriting, and acting while growing up.

She released her debut EP ‘Between the I and the You’ on October 26, 2014, which album contains five songs. She released her second EP ‘Los Angeles’ on August 1, 2017, which consists of six songs.

She won Los Angeles Movie Award in the category Best Actress in ‘Backlight’ in 2011.

Skyler has earned a huge amount of money from her career. She has an estimated net worth of $10 million as of 2022, but her income and salary are under review.

She loves to keep her profile low. She has not been engaged in any rumors and controversies in her life.

Anna Camp and Skylar Astin are married! Honeymoon in Italy! Her past marriage