Skyler Morrison Berman is famous as the son of Rachel Zoe & Rodger Berman.

Skyler Morrison Berman is currently single. He is too young to form any romantic bond. 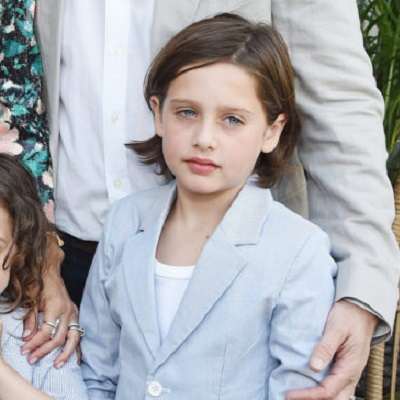 Who is Skyler Morrison Berman?

American Skyler Morrison Berman is a celebrity kid. Berman is popular as the son of the fashion designer, Rachel Zoe, and investor, Rodger Berman.

Skyler Morrison Berman was born on 22nd March 2011 in the United States. He is of Jewish-Germanic ethnicity.

He is the eldest son of Rachel Zoe (mother) and Rodger Berman (father). His mom, Rachel is a fashion designer and writer. She is famous for her reality documentary series, The Rachel Zoe Project.

Whereas his father, Rodger is an investment banker. Also, he was the producer of The Rachel Zoe Project. He is the president of Rachel Zoe Inc.

He has a younger brother, Kaius Jagger Berman. Kaius was born on 19th December 2013.

Moving towards his academics, he is homeschooled along with his younger brother.

On the 21st December 2020, Rachel shared that Skyler fell 20 feet from a ski lift when the family was having their vacation to Aspen Mountain through her Instagram story. In the post, she shared a picture of Sklyer on the hospital bed. Also, she added that she is posting to remind everyone who fragile life is and mentioned that Sklyer is doing good.

After that, she shared a video on 23rd December 2020 on Instagram where Skyler said he is fine. However, he has a little sore neck.

As of now, his net worth is not available. Also, details on his salary are not available as he is not engaged in any profession. Currently, he is enjoying his life as a celebrity kid.

He has blue eyes with brunette hair. He has a decent height and weight. However, details on his body stats are not available.

To date, he has not been a part of any sort of controversy and scandals that created headlines in the media. Besides that, he has managed to maintain distance from any kind of rumors.