Slade Smiley is a reality TV personality and host who was on 'The Real Housewives of Orange County'.

Slade Smiley is in a long-term relationship. He is engaged to Gretchen Rossi. She is also a reality TV Star from The Real Housewives of Orange County. The couple started dating in February 2009 when they were in season 5 of RHOC. Rossi’s ex-husband had passed away just months before she started dating Smiley. This made people speculate that she dates guys just for their money. However, this was not the case.

Grethen was the one who proposed. She even wrote a song for him. Moreover, she chartered a helicopter to propose him on a Los Angeles rooftop. She told;

“What matters to me more than anything is you, and that I love you. You are the person I want to be with for the rest of my life, and I was allowing my past to get in the way of my future … And you are my future.”

Smiley accepted and said it would be an honor and privilege to have her as his wife. They announced May 23, 2015 as their wedding date but they did not get married. The couple wanted to have a baby and he underwent a vasectomy reversal. After years of trying to get pregnant, she finally gave birth to a baby girl. Their daughter, Skylar Grey was born in May 2019.

Previously, he was engaged to another RHOC star, Jo De La Rosa. He also has two sons, Grayson Smiley and Gavin Smiley. 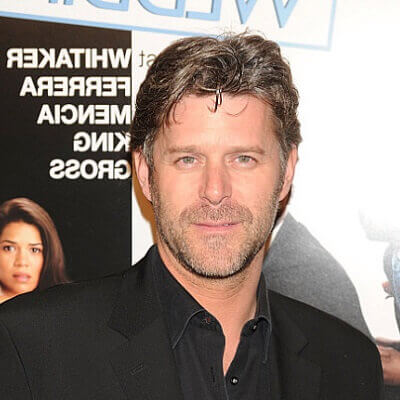 Who is Slade Smiley?

Slade Smiley is a reality TV personality and host. He is famous for ‘The Real Housewives of Orange County’ and ‘Date My Ex: Jo and Slade’.

Slade Smiley in Oakland, California, on October 29, 1973. As of 2020, his age is 48. He was born to Elizabeth Larson-Smiley. There is no information about his father. Similarly, he has not revealed anything about his siblings and other family members. He spent his childhood days in Anchorage, Alaska. He was interested in acting and the whole entertainment world from an early age.

Smiley started performing in the local choir at the age of 13. He also performed in dramas and musicals when he was in school. His ethnicity is Caucasian.

After completing high school studies, he attended the University of Alaska and the California State University, Long Beach. He graduated with a degree in international business.

As of 2022, Slade Smiley has an estimated net worth of around $500k. There is no information about his salary. An average American TV personality makes around $40k a year. He also might be making a sum similar to that.

Slade Smiley started his career as a cyclist. He trained with the U.S. National Cycling Team in Colorado Springs at the Olympic Training Center. He also attended the 2003 Tour De France. As a professional cyclist, he competed for around 10 years.

In 1993, he launched his career in modeling and TV commercials. He represented brands such as Gillette, Adidas, Volkswagen, Gatorade & Milk.

In 2005, Slade came into the limelight with his then-fiance, Jo De La Rosa. The couple was cast in the first season of Bravo TV’s series, ‘The Real Housewives of Orange County. It is a real concept that follows the lives of the affluent living in a gated community in Orange County. The show followed the couple’s relationship including its highs and lows for two seasons before they called off their engagement.

In 2008, the former couple, who still remained friends were given their own spin-off series ‘Date My Ex‘. In 2009, Smiley once again made an appearance on The Real Housewives of Orange County. This time, as the boyfriend of Gretchen Christine Rossi.

In 2012, he launched a radio show called ‘Radio Slade’ on Southern California’s Playlist 92.7fm. It is a weekday, afternoon drive time, pop culture, and music-oriented show. Furthermore, he and his fiance, Gretchen Rossi teamed up with the company, BioReigns to make three CBD  products; a calming tincture, metabolism-boosting capsules, and so-called “sleep formula” called CBD ZZZ.

Slade stands at a height of around 6 feet 2 inches. He weighs around 80 kg. He has brown hair and green eyes.

Slade and his fiance, Gretchen Rossi teamed up with the company, BioReigns which makes water-soluble CBD products. From their partnership with the company, they sold three products; a calming tincture, metabolism-boosting capsules, and so-called “sleep formula” called CBD ZZZ.

Though labels on their calming tincture claimed that the product had 560 mg of CBD, lab tests indicated that it had only about 1 mg. This got the couple into trouble. When questioned, Slade claimed that the amount on the label is correct because “that’s the amount that’s in the bottle.”

His fiance added, “If this label is misleading in any way, I want to make sure that we change it.”

Since then, the product’s label has been changed.

You may also like to read the Bio, Career, Net Worth, Body Measurements, Social Media, Relationships, and more about Stephen Bishop, Tony Khan, Ladd Drummond, and more.