Updated On October 12, 2022 | Published By: Gracie Hale | In Career , Entertainment , Sexuality
Share this 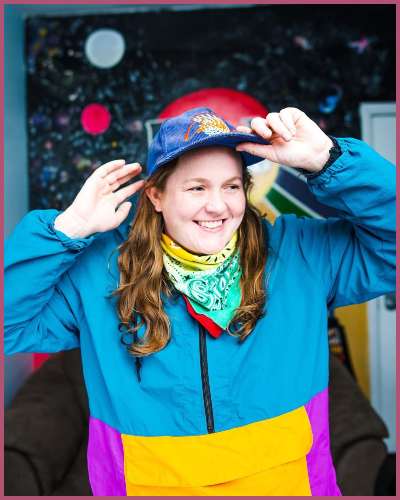 Molly Kearney, an American actor and standup comedian, is all set to join for the upcoming 48th season of NBC’s “Saturday Night Live”.

Similarly, the show has delivered some of the biggest comedians over the last 50 years. The episodes were hosted by each season’s cast members which often delivers parodies of contemporary culture and politics.

Talking about the latest season, the show has featured 163 cast members including Molly Kearney. The show debuts its first nonbinary cast member in its nearly 50 years of history i.e, Molly, who uses they/them pronouns.

Similarly, Molly Kearney will soon make history by joining SNL and its first nonbinary comedian to its cast.

Who is Molly Kearney?

Molly Kearney is best recognized as an American actor and standup comedian. She is a rising star who rose to prominence for her role as Fern Dannely in the Amazon Prime series “A League of Their Own“.

In addition, the Los Angeles-based star frequently performed standup comedy and has traveled the overall country. The comedian hails from Cleveland, Ohio, however, later moved to Los Angeles.

She has recently appeared on the women’s baseball show called “A League of Their Own,” which aired on Amazon. In the show, she is described as “euphorically, unapologetically gay”.

Further, she appeared in Disney+’s “The Mighty Ducks” and Comedy Central’s “Up Next”.