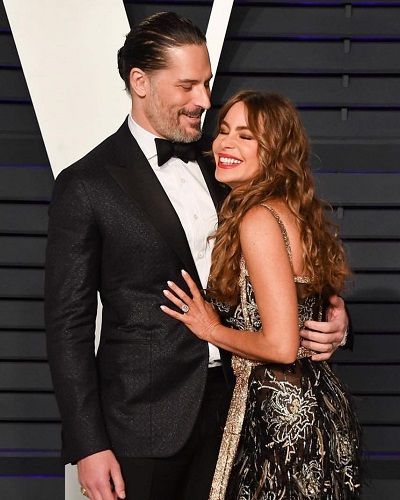 Vergara wore a colorful floral patterned strapless dress while sitting on a pink float in the water with her adorable dog Bubbles and her shirtless hubby can be seen taking a dip next to her.

Similarly, in another photo, she is showing off her incredible figure in a white and blue leopard print bikini as she sits on a towel and enjoys a plate of appetizers.

The pair got married on 22nd November 2015 in Palm Beach, Florida. They exchanged vows at the luxurious Breakers Resort in front of many celebrity guests.

Sofia talked about her wedding and said,

“[The wedding] was such a beautiful time,”

“We wanted to show our fans what they wanted to see. We enjoy our privacy, but we have the best fans in the world and we know it makes them happy to see us happy and in love.”

Who is Sofia Vergara’s son?

Sofia and Joe do not have any children together yet. But from her previous marriage with her high school boyfriend Joe Gonzalez, she has a son Manolo. Her son was born in 1991. She and her husband divorced when her son was small.

Her son is 27 years old at present and is following in his mother’s footsteps. Manolo is an actor and director. He has worked in a number of films and series like Vandal, Guilt Party, Destined to Ride, White Rabbit, and others.

Vergara earned around $43 million in June 2018 and June 2019 from Modern Family. Her total career earning is calculated to be around $286,500,000. She has her own clothing line and jewelry collection. Likewise, her husband’s net worth is $16 million.

Also read Who is Edwin Arroyave? Find out about his married life, net worth, children

Sofia Vergara is an actress and a model. Additionally, the multi-talented actress is also a TV host, producer, and comedian.

Jaime King wants to divorce with husband Kyle Newman after 12 years! Find about their wedding, son and net worth
Tags : Actress Modern Family 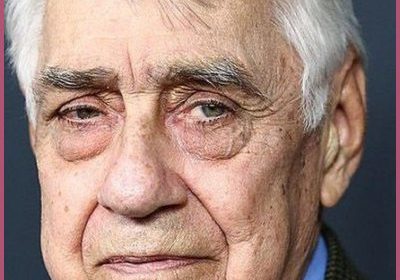