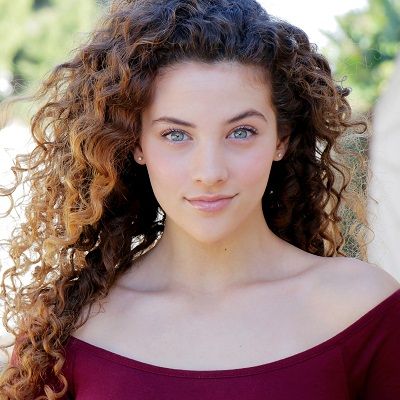 I was 12 years old and watching Cirque du Soleil videos on YouTube seeing performers bending and twisting and thought, “Hey, I can do that!” So I kept watching and started to teach myself. I’ve always been naturally flexible but never thought it was anything unique until then. I got better with consistent practice and focus

A few minutes before I perform on stage, I get quiet, focus on my breath, and feel my heart beat calming. I know I’ve done the work and it’s the moment I get to share it. When the performance is over, I feel light and can’t stop smiling

I’m so grateful to have so many people look up to me. I hope to continue to inspire them to follow their hearts and work hard and to know that there are no limits to what they can do.

She loves balancing herself.

Who is Sofie Dossi?

Sofie Dossi is an American contortionist and hand balancer. She is also a popular YouTube star. Dossi was one of the finalists in the 11th season of America’s Got Talent.

In 2017, she was nominated for a Streamy Award in the Live category.

Sofie was born as Sofie Clarice Dossi on June 21, 2001, in Cypress, California, USA. Her mother’s name is Abir Dossi and her father’s name is Mike Dossi.

As per sibling, she has a brother named Zak Dossi. He is a music producer.

Dossi has homeschooled through the guidance of Springs Charter School.

Sofie Dossi from the age of 12, got motivated to become contortionist after seeing an online video. She grabs the public’s eye after appearing in a talent reality show America’s Got Talent.

She participated in the 11th season of this show in and reached at top 10. But unfortunately, she finished at the bottom five.

Sofie appeared in a popular talk show The Ellen DeGeneres Show not only one time but three times in the year 2018. She also appeared in a web series Boss Cheer, in the same year.

Sofie Dossi owns a self-titled Youtube channel, which is subscribed by more than 4.62 million subscribers. The channel was started on 16 Nov 2013.

Her video which was named Switching Lives with My Brother for a Day was uploaded on Dec 28, 2019. Till now, it has gained more than 585k views.

This Youtuber has an estimated net worth of $1.3 million US. As per the sources, her estimated yearly earnings from her YouTube channel is between $61.6K – $985.7K US.

She has also launched her own clothing line which is named Limits by Sofie Dossi.

Sofie Dossi has blue eyes and long curly honey blonde hair. Her height is 5 ft 1 inch and weight is 45 kg.

Sofie Dossi’s Instagram has around 3 million followers and has posted over 610 posts. Her Facebook page was created on June 25, 2016, and has around 154k followers.

Her Twitter account was created in March 2015 and has over 43.7k followers. In it, she has tweeted for around 1.3k times. She also has her own website.