Solange Knowles won her first Grammy Award for Best R&B Performance for her song Cranes in the Sky.

She was married to Alan Ferguson. Alan is a music video director. They married on 16th November 2014 at the Marigny Opera House in New Orleans, Louisiana.

But their marriage fell apart. She revealed on her Instagram on 1st November 2019 that she and Alan separated earlier that year.

Likewise, she gave birth to a son on 18th October 2004 named Daniel Julez J. Smith Jr. As per her, son Daniel was the greatest unplanned blessing to her.

They moved to Moscow, Idaho. But un October 2007m she confirmed the divorce of her and Smith. 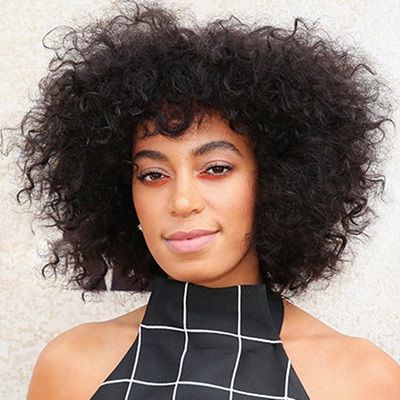 I actually love my natural hair when it's in a twist out and it's been slept on for five days and revived by the steam of the shower.

Who is Solange Knowles?

Solange is known for her second studio album Sol-Angel and the Hadley St. Dreams.

She won her first Grammy Award for Best R&B Performance for her song Cranes in the Sky.

Recently, On 1st November 2019, she separated from her husband Alan Ferguson.

Solange Piaget Knowles was born on 24th June 1986 in Houston, Texas, US. She is born to father Mathew Knowles of African-American ancestry and mother Tina Knowles of Creole(Cameroonian, Native American, and French) ancestry.

She is the younger sister of American singer Beyonce. Her sister Beyonce is one of the best-selling music artists of all time having sold over 100 million records worldwide as a solo artist.

Likewise, her maternal grandparents are Lumis Beyince and Agnez Dereon. Also, she is a descendant of Acadian leader and Joseph Broussard.

She studied dance and theatre as a child. When she was 9 years old she started writing songs.

She replaced a departed dancer at the age of 15 and performed with her sister’s group Destiny’s Child on tour.

At the age of 16, her father signed her to his recording company, Music World Entertainment, along with Columbia being her manager.

She was managed by her father Mathew and he ventured her into the music business in the year 2001. She was the lead singer backed by Destiny’s Child on the theme song of The Proud Family.

Similarly, she was a featured performer on Hey Goldmember for the soundtrack to film Austin Powers in Goldmember.

She was a backup singer on the track Little Drummer Boy on Destiny’s Child’s 2001 holiday album 8 Days of Christmas.

In her debut album Solo Star, she co-wrote and co-produced some of the 15 tracks.

Her second studio album was Sol-Angel and the Hadley St.Dreams which deviated from the pop-oriented music of her debut to the Motown Sound of the 1960s and 1970s.

Similarly, her third studio album was A Seat at the Table which was released to widespread critical acclaim and became her first number-one album in the United States.

Likewise, her fourth album was When I Get Home.

She guest-starred in the 2004 sitcom One on One in the episode The Catch.

Her acting career flourished between 2005 -2007 when she had several minor acting roles. She was in the direct-to-video Bring It On: All or Nothing.

How much is her Net worth?

Rumors of an affair with the manager

There are rumors going all around that Solange has an affair with her manager John Bogaard. John is accused of breaking her marriage.

The rumors started after a picture of her and Bogaard walking together circulated online.

She has black hair and brown eyes. Solange is 5 feet 7 inches tall and weighs around 64 kg.

Solange Knowles opens up about her autonomic disorder! An insight into her career and health issue!