Somaya has always been open about her sexuality and she is openly bisexual. She is single at the moment.

Somaya was firstly in a relationship with rapper, XO in 2002. Dating for a certain time, the pair broke up in 2011.

At the same time, she also dated American broadcaster, Joe Budden in 2009.

In 2013, she dated rapper Ray J. However they parted after a while.

She then dated the fellow rapper, Lady Luck—real name Shanell Jones. The pair also get engaged in March 2017. However, they parted ways by the end of 2017 and called off their engagement in early 2018.

Previously in her teen days, she was in a relationship with a boy much older than her. He was very abusive toward her. She was just 15 yrs old and was pregnant.

After she became pregnant, she got kicked out of her house. Even her child was murdered. 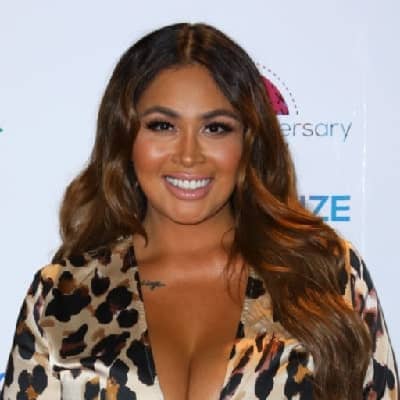 Don't talk about it, get it done.

Always keep your head up high, and don't let anyone bring you down!

Who is Somaya Reece?

Somaya was born on June 17, 1977, in Los Angeles, California, U.S.A. Her birth name is Ginnie Castro. The actress holds American nationality and is of Salvadoran, Hispanic ethnicity,

She endured a rough childhood. The actress grew up in a garage to an immigrant Latino family cleaning houses as a maid.

Her parents weren’t the perfect role models. Her mother would verbally abuse Somaya and also her father was an alcoholic. So Samaya decided to run away from her home.

She dropped out of college when she was 11 yrs old. Later, she enrolled at the University of California, Los Angeles, and has a degree in theater.

Somaya always wanted to be an actor since a young time. However, she had a struggling life growing up and worked as a maid in the hotels.

During her time in the hotel, she gets to meet WilliamMorris’s agent. That meeting was her career strat as through it she get into the acting industry.

She debuted into acting in the year 1998. No sooner, she appears in various other movies like The American Psycho, The Scorpion King, Slammed, and Ride or Die.

No sooner, she also appeared in various reality series. Somaya became one of the main cast members of Love & Hip Hop: New York for two seasons. Also, she appeared as a supporting cast member in season ten. Moreover, she appeared in Girlfriends, Famously Single, and First Family of Hip Hop.

Somaya has also extended her career as a rapper. She poses the top position in charts across Latin America. Somaya rose more to fame after her relationship with rapper Joe Budden, who she dated in 2009.

The actress is also an entrepreneur and owns a fashion brand entitled, This Fits Me. Alongside her, she also owns television production, The Greatest Entertainment, and a record label venture, La Rosa Ent.

In 2018, she launched a popular detox tea, Slim tea. It consists of an all-natural weight loss product.

Somaya has earned a decent net worth of around $4 million as of now.

She owns her own business and must have good earnings from it. She is an entrepreneur and runs businesses like Slim Tea, This Fits Me, and others.

Till currently, She has not round-faced any rumors.

Somaya was previously in an abusive relationship. Her boyfriend was physically abusive.

He punched and even broke the majority of her top right teeth. Also, it was aid that he crushed her right temple and crushed her upper cheekbones.

The actress stands tall at a height of 5 feet and 9 inches and weighs around 68kg. She has a perfect figure with measurements of 36-27-37 inches.

She has black-colored hair with beautiful dark brown eyes. Somaya underwent breast reduction surgery. It was in the past when she was overweight.