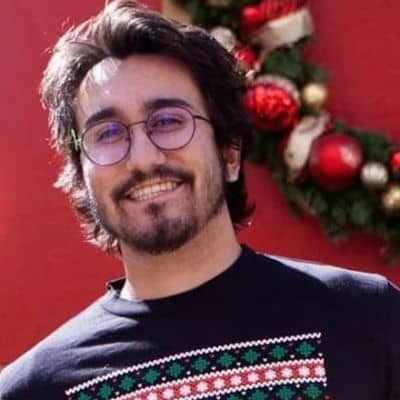 Who is SomeThingElseyt aka Adam Ortiz Dating?

SomeThingElseyt appears to be single at the moment, although this hasn’t been confirmed. He is seen as being more concerned about the further progress and development of his professional career.

SomeThingElseyt is an American animator and aspiring voice actor and singer. He also owns a YouTube channel, under the username, SomeThingElseYT, where he uploads animated music videos to original songs.

The YouTuber was born on June 17, 1997, in Arizona, the United States. His real name is Adam Ortiz. As of 2022, SomeThingElseyt is 25 years old holding an American nationality.

Similarly, he is of Caucasian ethnicity while his birth sign is Gemini.

SomeThingElseYT has established his name as an animator and aspiring actor. He started his career by making videos on his YouTube channel.

Then, he shared his first lively video titled, ‘Someone Attacked My Car’ on September 6, 2016.

Among all of his videos, his video titled, ‘I’m Something Else (Official Music Video)‘ is the video which has garnered the highest views of about 86 million views. The video was uploaded on March 22, 2019.

Similarly, his most recent video, ‘This guy destroyed my home‘ which is enriched with 1.8 million views and was posted on May 1, 2022.

Throughout his long Youtube career, he has not been a part of any unwanted controversy and has maintained a healthy distance between his professional and personal life.

SomeThingElseyt stands at the height of 5 feet 8 inches weighing around 62 Kg. Along with a fair complexion, he has a pair of dark brown eyes and brown hair.