Is SoMo Married or Single?

As per Source, SoMo is single and is not dating anyone. Though he has daughters named, Finley and Madeline. He has not disclosed more about his daughters and the mother of her beautiful daughters. So, it is not sure whether he is married or not. 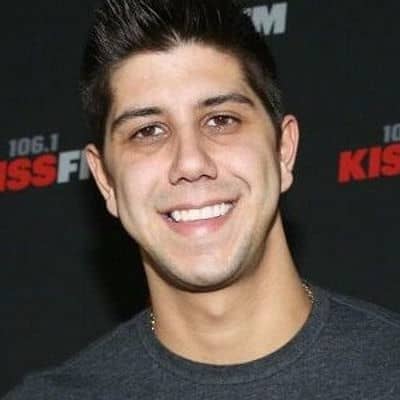 SoMo is a known American singer, songwriter, and artist. He is best known for his special mixture of pop, soul, and R&B. He rose to fame after posting cover videos of famous singers on YouTube.

According to the astrologers, Virgo is his birth zodiac sign and he is of mixed ethnicity. Joseph Anthony Somers-Morales is his full birth name.

His father’s profession is a musician while his mother is a homemaker. He has one sibling, a younger brother, John. He attended Denison High School.

There is no further detailed info about his parents, sibling, and educational life.

During his initial career, he recorded covers in Denton, Texas. His mixture of Drake’s Take Care rose his Youtube channel to massive followers increment. The song gained more than 300milion views.

Since 2012, he started to perform on original music. He released his debut mixtape My Life,  for free in which he blended R and B along with pop-soul including his songwriting and voice.

In October 2013 he made the partnership with Republic Records and released his solo, ‘Ride’ on November 13. The song reached 76th on the Billboard Hot 100. He revealed about the release of his upcoming self-titled album, ‘SoMo’ which is fixed to be released on April 8, 2014.

The net worth of SoMo is estimated to be around 1.5 Million USD. Though, no detailed info about his salary and income are revealed yet.

SoMo has not been part of any rumors and controversies up to date as he has maintained a clean figure.

SoMo is 5 feet 6 inches tall weighing about 62 Kg. With a fair complexion, he has a couple of black eyes and hair of brown color.

Being a singer and songwriter, SoMo is highly active on social media platforms. He has a verified Instagram account, @officialSoMo which has garnered around 234K followers while his Twitter account has more than 224.2K followers.

There is an official Facebook page under his name which has garnered about 331 K followers. He has a self-titled Youtube channel that has about 1.88 million subscribers.

Aliso Titko, for Komsomolskaya Pravda, claims Manchester is a city of “fat people” and “debauchery”, in a Homophobic Rant, Causing widespread Criticism