Song Joong-ki is a married man now. He has walked the aisle with actress Song Hye-Kyo. They had an affair for a long time. After a long affair, the couple got engaged on July 5, 2017. Later on 2017 Oct 31, they exchanged vows. 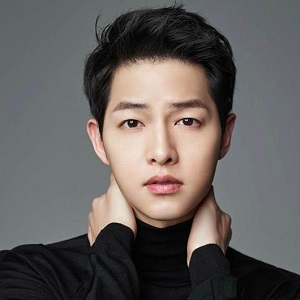 I have no plans to go public if I get into a relationship. I will do my best to safeguard the privacy of the person I love and respect her feelings.

When I work with other people, I try to make up for their shortcomings with my strengths, and I let others make up for my flaws with their strengths. I try to co-operate with people around me when working in a group. I like to enhance team spirit on set. I try to get everyone involved in the action.

I try to stay the same, but I also think that change is inevitable. What I mean is, if you stay the same as in your rookie days, you can't deal with all the new responsibilities you are faced with. Of course, my most important values should stay the same.

It is inevitable that popularity will fade. That's why I must always be prepared. I don't want a meteoric rise in popularity. I want to be an actor who can quickly get back on my feet after a fall. If I want to have a long-term career in acting, I must be careful about the choices I make.

Who is Song Joong-ki?

Song Joong-ki is a South Korean actor. He is best known for his roles in the historical drama Sungkyunkwan Scandal (2010) and the variety show Running Man. He is also famous for the portrayal of Kang Maru in the 2012 South Korean television series, The Innocent Man.

His lead role in the pan-Asia hit drama 9(2016) made him a top Hallyu star. Forbes Korea Power Celebrity listed him 2nd on their list 0f 2017.

Talking about his early life, Song Joong-ki was born on September 19, 1985, in Dong District, Daejeon, South Korea. Both his parents, mother, and father are South Koreans. The name of his parents is unknown. He has other three siblings. He spent his childhood in the rural outskirts of Daejeon.

His nationality is South Korean and belongs to the Korean ethnicity.

Song completed his school education in his native place. As a child, he had competed in short-track speed skating. It means ice speed skating. During his first year of high school, he got injured and had to give up sports. After high school, he enrolled at Sungkyunkwan University. In 2012, he graduated in Business Administration (minor in broadcasting).

Song began his career appearing on a TV show as a contestant on KBS’s Quiz Korea as a contestant. He finished the competition in second place. After that, he got popular in a short period. He then became a cover model for the university magazine College. Song began his acting career in 2008, appearing in the period film A Frozen Flower. The following year, he appeared in the omnibus Five Senses of Eros. After that, he had small but notable roles in many movies.

Song got his first big break as Gu Yong-ha in the fusion historical drama Sungkyunkwan Scandal (2010). For his role in the movie, he won two KBS Drama Awards in 2010. From 2010 to 2011, he appeared as the main cast in the Korean series Running Man.  In 2012, he appeared as Kang Ma in The Innocent Man. For his role in the film, he won the 1st K-Drama Star Awards for Top Excellence Award, Actor. He also won three KBS Drama Awards for the same film.

Song became worldwide popular with his role in the 2016 South Korean television series, Descendants of the Sun. For his role in the series, he won several awards including APAN Star Awards. He will be appearing as Park Moo-young in the upcoming movie The Battleship Island (2017). He has appeared as a guest on several variety shows.

His net worth is estimated to be $15 million as of 2022. He has achieved huge success in his acting career and is living a lavish life with decent earnings.

Rumors are that Song is having an affair besides his relationship with actress Song Hye Kyo. Due to his affair with another girl, Song and actress Hye-Kyo are now breaking up. The rumors have not been confirmed yet.

Recently in July 2017, one of his friends was accused of raping an employee of an adult entertainment site. He became a part of a small controversy when he and his agency defended his friend.

Song Joong-ki is 1.78 meters tall. His eye color and hair color are black. His weight is around 65 kg.

Also know more about the early life, career, net worth, relationships, and controversies of other Actress, and Singer like Kim Basinger, Lenny Kravitz, Katharine McPhee, Jenny Seagrove, and Teri Hatcher.