Soni Bringas is an American actress and dancer. 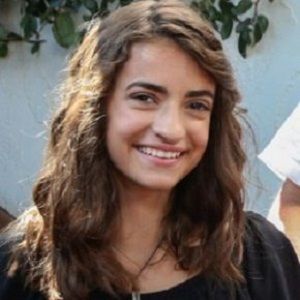 The beautiful American actress Soni Bringas has kept her personal life private and out of the spotlight. She usually doesn’t talk about her private life in media and public. She hasn’t mentioned her affairs publically and has managed to keep it low profile.

There is no record of her marriage and divorce till now. She has not clarified about her married life, affair, boyfriend, and spouse till the present time. She is currently focusing on her work and it seems like she doesn’t have time for love affairs. According to the records, she is possibly single at the present time.

Who is Soni Bringas?

Soni Bringas is an American actress and dancer. She is best known for playing the role of Ramona Gibbler on the Netflix series Fuller House. She has worked with notable choreographers such as Matt Steffanina, Willdabeast, Nappytabs, Marty Kudelka, Tricia Miranda, and Nick Demoura. Also, she has worked with the celebrities like Pitbull, Christina Aguilera, Justin Bieber, Missy Elliot, Kimbra, Sharaya, etc.

Soni was born on February 2, 2002, in Portland, Oregon, United States. Her nationality is American and she is of Uruguayan, Spanish, and Basque ethnicity.

Her father was born in Uruguay whereas her mother was born in Spain. She lived in Costa Rica for a year when she was 8 years old. She has not revealed further information about her childhood life. Her educational background has not been disclosed yet. She started dancing when she was 5 years old. Soni was interested in acting since her childhood age and she wanted to become an actress since she was a child.

Soni began her career working in commercials. Shortly, she appeared in numerous commercials and participated in dance competitions. She began her acting career in 2014. Her first movie role was as a hip-hop dancer in the CW’s TV film Jane the Virgin (2014).

She had danced with Christina Aguilera, Pitbull, Justin Bieber, Kimbra, Sharaya, and Missy Elliott. In 2015, she had a role in the TV film Beautiful & Twisted. The same year, she had a small role in an episode of the TV series Instant Mom. Since 2016, Bringas plays the lead role as Ramona Gibbler in Fuller House, the spin-off of the series Full House. Despite her young age, she has been a successful dancer and actress in her career.

Soni Bringas: Salary and Net Worth

Soni at her teenage has a height of 5 feet and weighs around 54 kg. Her eye color and hair color both are light browns. She wears a shoe size of 5(US). Other information on her body measurements like dress size, waist size, etc. is unknown.