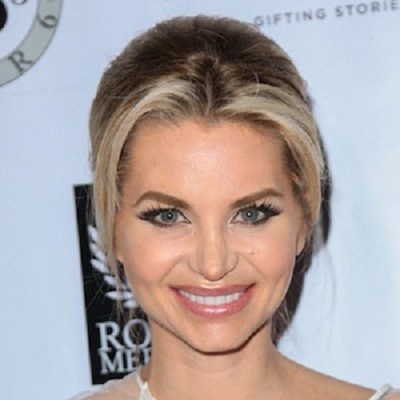 Currently, Sonia Rockwell is in a relationship with Jones. We can see their lovely photo on her Instagram.

Previously, she is dated Drew Gallagher, in 2010.

Prior to that, from 2006 to 2009, Sonia was in a relationship with Trevor Donovan. Donovan is an American actor and well known for his appearances on comedy-drama, 90210, as a Teddy Montgomery.

Besides, she liked to travel to different places and explore natural things.

Who is Sonia Rockwell?

Sonia Rockwell is an American TV and Movie Actress.

She is best known for her work on Being Mary Jane, American Crime, and Scandal.

She grew up in Seattle, Washington. She won a state championship as a fast-pitch softball.

Rockwell has not disclosed any information about her family as well as education.

Rockwell began her acting career from a small uncredited role as a Taylor, on TV series, Two and a Half Men.

She played several movies such as Potheads: The Movie, The Passing, Blind Ambition, Extreme Movie, and The Bounce Back. She also appeared in several TV Series, How I Met Your Mother, CSI: Crime Scene Investigation, Drop Dead Diva, etc.

In 2017, she appeared on the show MasterChef, a cooking show, as a guest food critic.

In 2019, Rockwell appeared on Finders keepers, as a Natasha, and In a Flash, as a Kelsey Piper.

Rockwell portrayed the recurring role, Emma Dowell, in the romance and thriller drama, Being Mary Jane, in 2017. She also earned a little fame through this Series. This series was created by Mara Brock Akil. She worked alongside its starring casts like Gabrielle Union, Lisa Vidal, and Raven Goodwin.

Rockwell’s estimated net worth is around $1 million.

She is a TV actress and earned an average salary of around $56 thousand.

Rockwell has hazel eyes blonde hair. His height is 5 feet 4 inches and weight is 55 kg.

She has Instagram with 51k followers. Her Instagram wall has above 878 posts. He followed a personality like Isabella Jedler Meisner, Tracey Cunningham, Ash k Holm, Mikaele.