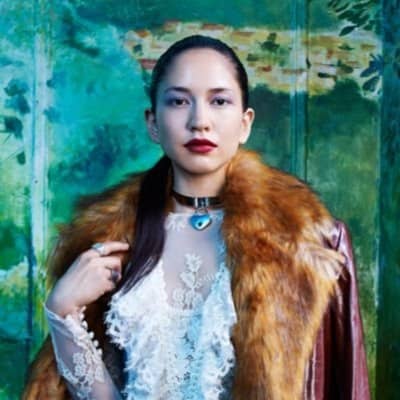 What is the relationship of Sonoya Mizuno?

Many fans and followers of Sonoya want to know about her personal life, gossip, and relationship. Moreover, she was seen several times with an Australian actor Chris Pang. However, they were just friends. So, the good news to her male fan is that Mizuno is single.

Who is Sonoya Mizuno?

Sonoya Mizuno is a Japanese-British model, ballet dancer, and actress known for her role in Ex Machina, Annihilation, and Devs.

Furthermore, she will be seen as the main cast in the HBO Game of Thrones prequel series House of the Dragon on August 21, 2022.

She was born to half British half Argentine mother, Saya Mizuno, and a Japanese father Hajime Mizuno. Likewise, she grew up in Somerset, England with her sisters, Mariya Mizuno, Miya Mizuno, and her brother Tomoya Mizuno. Mizuno was interested in dancing since her childhood.

She is a citizen of England and Japan. Her ethnicity is half British half Argentine and Japanese.

As per her academics, she graduated from the Royal Ballet School.

Sonoya started her career on the big screen with the movie Venus in Eros in the year 2012. Later she was seen in the movies like Ex Machina, High Strung, La La Land, Beauty and the Beasts, All About Nina, Crazy Rich Asians, and Am I Ok? among others.

Additionally, she has done TV series such as Maniac and Daves. She is set to appear in the film Civil War and HBO Game of Thrones prequel series House of the Dragon.

Moreover, she was already a professional model at the age of 20 and has represented Chanel, Alexander McQueen, Saint Laurent, and Louis Vuitton.

As a dancer, she has danced with several ballet companies, including Semperoper Ballet in Dresden, Ballet Ireland, New English Ballet Theatre, and Scottish Ballet. She even appeared in Arthur Pita’s work of dance theatre The World’s Greatest Show at Greenwich Dance and the Royal Opera House in 2014.

Mizuno has an estimated net worth of around $3M. Likewise, she earns around $5k monthly. Moreover, she is also the brand ambassador of multiple brands which adds additional income.

she has never been involved in any rumors and controversy in her life.

Sonoya has an average body with a decent height of 5 feet and 7 inches and weighs around 55kg. Furthermore, she has dark brown hair and black eyes.