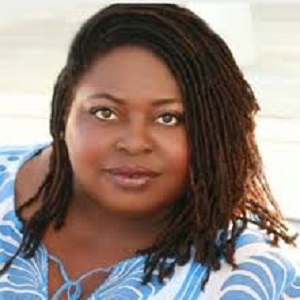 Sonya Eddy might be currently single. Also, there are no rumors regarding her relationships and affairs. It seems, she likes to keep her profile low and she does not want to open herself in front of the media.

Who is Sonya Eddy?

Sonya Eddy is an American actress who is best known on for her role as Epiphany Johnson in the ABC daytime soap opera ‘General Hospital’ since 2006. She is also well recognized for her recurring role in the truTV series ‘Those Who Can’t’.

Sonya Eddy was born in Concord, California, USA, on June 17, 1967. She is currently 51 years old. Sonya has not disclosed any information regarding her parents, childhood, and siblings.

She is also a licensed vocational nurse(LVN). Sonya holds American citizenship but her ethnicity is unknown.

She attended University of California, Davis and majored in Theatre, and received her B.A. in 1992.

She began her acting career in the West Coast premiere of ‘Zora, Is My Name!’. Then, she appeared as several recurring roles on ‘ER’, ‘Joan of Arcadia’, ‘Seinfeld’, and others. She appeared as a series regular on Martin Short’s ‘Primetime Glick’ and made her appearance professionally in ‘Cat on a Hot Tin Roof’.

In addition, Sonya made her guest appearances in the primetime shows like ‘In Case of Emergency’, ‘Daybreak’, ‘Reba’, and many more. She is the only actor to have been cast twice on ‘ER’. Also, her other notable performance includes in ‘Coach Carter’, ‘Bad News Bears’, ‘Barbershop’, and ‘Surviving Christmas’.

She has recently completed filming ‘Year of the Dog’ with Peter Sarsgaard and Molly Shannon. She is also an accomplished Improv/Sketch artist, vocalist, and voice-over artist.

Talking about her awards and nominations, she was nominated for Best Supporting Actress for ‘OH BABY’ in 2017.

She must have earned a huge sum of money from her professional career but she has not disclosed any information regarding her net worth, salary, and income.

It seems she has been successful in maintaining her celebrity status and she has not been involved in any types of rumors and controversies in her career.

She has a height of 5 ft. 4inches. Sonya has black eyes and black hair. Other information regarding Sonya’s weight, body measurement, etc. are unknown.