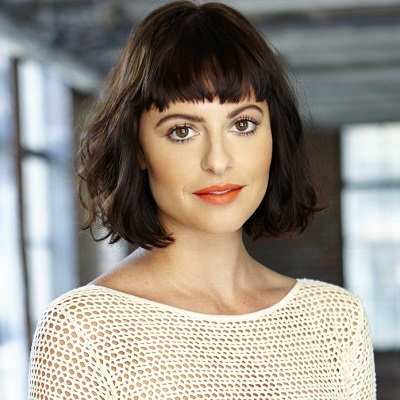 Previously, she was married to the singer and songwriter, Joel Jarek DeGraff. They married in 2015. After two years of marriage, they divorced.

Who is Sophia Amoruso?

American Sophia Amoruso is a business entrepreneur. She is renowned as the founder of Nasty Gal and Girlboss Media.

She is also widely popular as the Cinderella of tech.

Sophia Amoruso was born 20th April 1984 in San Diego, California to Dena Kouremetis. Her birth name is Sophia Christina Amoruso. She is of Sothern Italian ethnicity with Greek and Portuguese roots.

She grew up in a Greek Orthodox church. During her adolescence, she was diagnosed with the deficit hyperactivity disorder. Due to this reason, she started taking classes from her home. When she completed her High School, her parents parted their ways via divorce. After that, she moved to Sacramento, California to start her life in her way.

After moving to Sacramento, she was on her own which lead to living a very rough lifestyle. To survive, she hitchhiked, Dumpster Dived, and even some time steal too. She left stealing when she was caught stealing and the store fined her for that.

After the incident, she relocated herself to San Franciso. Later, she attended a community college and started working in the Academy of Art University to check the student IDs.

In 2006, Sophia Amoruso started her career as a business entrepreneur with the online store, Nasty Gal Vintage on eBay. The store specialized in selling vintage clothing and other items. The very first item that she sold via shop was the book that she stole when she was a teenager.

Afterward, in 2015, she stepped down as the CEO of the firm and Sheree Waterson took over the position. The following year, the company filed for bankruptcy. After that, the British-owned BooHoo group purchased the firm $20 million.

In 2017, she founded the other company, Girlboss Media. The company is based on creating the editorial contents, podcast, and videos targeting the female auditions. In December 2019, she sold the company to Attention Capital. However, she is still the CEO of the firm.

Besides her business career, she is also an investor. As an investor, she has invested in the company like Liquid Death Mountain water, Chillhouse, Moe Assists, and Public.com. Lately, she founded the company Amoruso&Co.

Apart from that, she is also an author by profession. As an author, she has launched books like Summary of #girlboss, The Girlboss Workbook, and Nasty Galaxy.

Within six years of starting, the turnover of her online store, Nasty Gal reached $100 million. Due to this reason, she was listed as the richest self-made woman in the world. In 2011, the yearly revenue of the store peaked up to $23 million. Such revenue led increment on her net worth to $280 million.

However, in November 2016, she filled the bankruptcy of her business, Nasty Gal causing her net worth to decrease to the present value.

Sophia Amoruso has brown eyes with brunette hair. She stands at a height of 5 feet 6 inches and weighs around 58 kg.

She claimed that she was banned from eBay for posting hyperlinks as the feedback to her customers. In her book Girlboss, she has explained about this incident.

You may also read the bio of Helmut Huber, Francesca Farago, and George Soros.