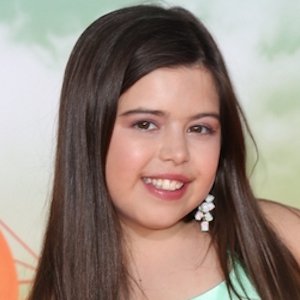 She has a cousin named Rosie McClelland, who is also a singer and Internet personality.

Who is Sophia Grace Brownlee?

Sophia Grace Brownlee is a British child actress, pop singer, and media personality. She is best known as one of the duo Sophia Grace & Rosie. She is famous for performing as a duo with her cousin Rosie McClelland. They quickly gained popularity by making regular appearances on The Ellen DeGeneres Show. The duo also posted a cover version of the Nicki Minaj song “Super Bass” that went viral on YouTube.

Sophia Grace was born on April 18, 2003, in Essex, England, UK. Her nationality is American and she is of English ethnicity.

She is the elder daughter of British parents Dominic Brownlee and Carly Brownlee. She has a younger sister named Belle Brownlee.

Sophia became popular when she posted a cover of Nicki Minaj’s “Super Bass” with her cousin on YouTube, which shortly went viral. After a short period of time, she became an internet sensation while singing alongside her cousin Rosie McClelland on songs such as Keri Hilson’s “Turn My Swag On“. They were first invited to The Ellen DeGeneres Show in October 2011, after DeGeneres saw their cover of the “Super Bass” on YouTube. The duo won “Choice Webstar” at the 2012 Teen Choice Awards.

They have also been correspondents during red carpet events such as the Grammy Awards, the American Music Awards, the Billboard Music Awards, and the MTV Music Awards. The duo has appeared in two episodes of Sam & Cat. She starred in her own movie, “Sophia Grace & Rosie’s Royal Adventure” alongside Rosie. In 2017, Sophia Grace began starring as a judge on the ABC reality series The Toy Box.

Currently, there are no desperate rumors regarding her personal and professional life. It seems she is doing her best job without harming others for which she hasn’t been a part of the controversy yet. Due to her young age, she has not been a part of any rumors and controversies.

She has a good height of  5 feet 1 inch with a body weight of 43kg. She has brown hair color and her eye color is also brown.