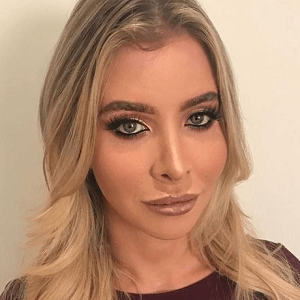 What is the relationship of Sophia Hutchins?

Sophia is an unmarried woman. But she is in a relationship with Caitlyn Jenner, who is a reality TV star. Recently, they were seen enjoying their Christmas. In May 2018, the two went on a romantic trip to London, where they were spotted sightseeing at various tourist spots. There is no sign of separation between them. The couple is enjoying their life a lot. They are planning to get married soon.

Who is Sophia Hutchins?

On 6th May 1997, Sophia Hutchins was born in Bellevue, Washington, USA. Her nationality is American. Hutchins ‘s ethnicity is unknown and her horoscope sign is Taurus. Her religion is Christianity. She has not revealed the information regarding her parents and siblings. At present, she is residing in Beverly Hills, California, USA.

She went to Eastside Catholic School in 2010 and earned her high school diploma in 2014. In school, she involves in various activities of the National Speech and Debate Association. She enrolls at Pepperdine University in 2014 to study finance with a major in computer science. The following year, she becomes the class President. During this time, she passes several policies advocating for international students, social justice and financial literacy.

Sophia Hutchins spent her early youth as a boy, pondering over the question of whether to transition from male to female. However, she never actually did it as long as she was with her parents. After moving to Malibu, California to pursue her college studies, she was able to break away from her family and establish her own identity.

However, it is after witnessing Bruce Jenner’s successful and much-publicized transformation into Caitlyn, she was inspired to make a decision finally. Interestingly, Hutchins, whose college is very close to where Caitlyn lives, was spotted vacationing together with her in Los Cabos, Mexico in late October 2017.

Curiosity about the previously unknown blonde beauty grew as the media dug into the internet to find details about her burgeoning modeling career and her reported gender transformation. While the two denied dating rumors for a long time, pictures from their social media feeds confirmed that she had been spending a lot of time at Jenner’s residence.

Most recently, reports of them being engaged are making headlines on tabloids all over the internet. It also seems that her newfound fame has boosted her modeling career to some extent as her Instagram profile confirms that she is keeping herself busy with a lot of modeling assignments. She gains popularity from these things.

Ths talented model has walked the ramp for many designers. However, she hasn’t received any awards yet.

She has an estimated net worth of $200,000 US Dollars as of 2022. She must have good earnings from her modeling career. And other information about her net worth and salary is unknown.

Up to now, she is successful for being out of any kind of rumors.

Sophia Hutchins is a very beautiful model with attractive body features. Her tall height consists of 168 cm or 5 feet 6 inches. Likely, Hutchins bra size is 33B and her balanced weight is 64 Kg or 142 lbs. Moreover, her body measurement is 33-26-34 inches.

Sophia shoe size is 5 US. Her eye color is Dark Brown and her hair color is Blonde. With her charming smile, she attracts a lot of people towards her. Furthermore, she maintained her body a lot.

Sophia Hutchins is active on social media platform. She uses Instagram and has more than 90K followers. Moreover, she is not active on other platforms.

Caitlyn Jenner breaks down into tears on the show I’m a Celebrity…. Get Me Out of Here! Her lesbian partner Sophia Hutchins is worried!