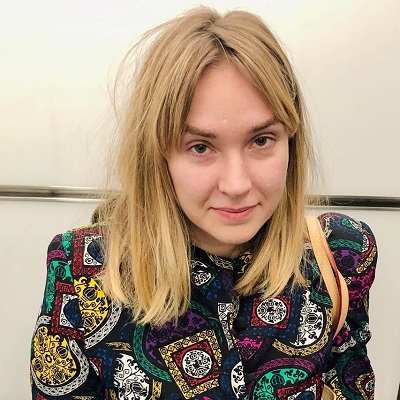 Sophie Flack is married to the actor, Josh Charles (a.k.a Joshua Aaron Charles). The couple married on the 6th of September 2013.

In 2012, they got engaged with each other after dating for 5 years.

Together, the couple is blessed with two children including a son, Rocco Charles (b. 9th of December 2014), and a daughter, Eleanor Charles (b. 23rd of August 2018).

Who is Sophie Flack?

American Sophie Flack is a writer, editor, and author. She is renowned as the author of Atom Summer Reads Sampler Veronica Rossi and Bunheads.

Currently, she is associated with Little, Brown, and Company as an author.

Sophie Flack was born on the 8th of August 1983 to Robert Flack and Fran Forman. Her birthplace is in Watertown, Massachusetts. She was brought up in a Jewish family. She is of British-Germanic ethnicity.

Her mother, Fran is a visual artist by profession. Whereas her father, Robert is an architect. She has two siblings including a brother, Jesse Flack, and a sister, Hannah

Talking about her educational background, she is a graduate of Columbia University in New York. In 2013, he earned a bachelor’s degree with Honors in English literature. Last, in 2019, she completed a crash course in Digital Marketing.

At the age of 15, Sophie Flack joined The School of American Ballet to be a trained dancer. In 2000, she joined the New York City Ballet as a dancer. For 9 years, she worked with the dancing company as a dancer.

After that, she joined the university and left her profession as a dancer. Graduating from University, she expanded her career as a writer. As a freelance writer, she has written articles in magazines like The Wall Street Journal, The Boston Globe, O Magazine, The Weekly Standard, and Dance Magazine.

Apart from writing, she also works for vulnerable communities like Chruch World Services and Sanctuary For Families.

Besides that, she also makes through the royalties of her books too.

Sophie Flack has brown eyes with blonde hair. Her height of 5 feet 8 inches and weighs around 59 kgs. Also, her body measurements are 33-24-32 inches.

Till the date, she has not been part of any sort of controversy and scandals that created a buzz in the media. Besides that, she has managed to maintain a distance from any type of rumors too.

You may also read the bio of Wes Moore, Tavi Gevinson, and Devyn Nekoda.