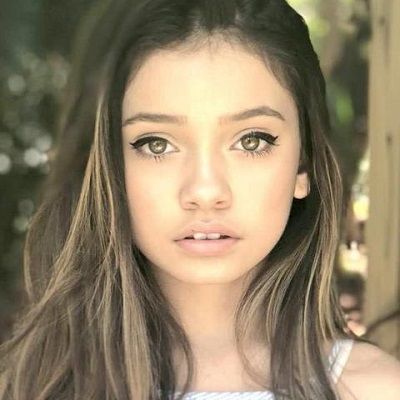 What is the relationship of Sophie Michelle?

Sophie Michelle currently lives in Florida, US, and is possibly single.

Who is Sophie Michelle?

Sophie Michelle is an American social media personality. She is known for her videos on YouTube and TikTok.

In addition, Michelle is also a singer, dancer, and actress too.

She was born on Aug 16, 2005, in Richmond, Virginia, United States. Her mother’s name is Karina Michelle and her father’s name is unknown.

She has an older stepbrother named Alex.

Regarding the educational background of her, she attended school until 7 grade. After this, she was homeschooled.

Sophie has an amazing voice. Her singing talents can be seen in her social media posts. She has sung songs like Back To You, Girls Like You, Breathin, and more.

Her original song No Brakes, Imperfectly Perfect, and This Christmas were released in July 2019.

As a YouTuber and Tik Toker

Sophie Michelle started her YouTube channel. The channel was made on Nov 1, 2015, and has around 774k subscribers. It contains videos related to challenges, back to school, routines, vlogs, and cover songs.

Besides this, she is also famous on the Tik Tok site. In it, she is followed by more than 239.3k followers with over 7.9 million likes.

Sophie Michelle is doing great with her professional and personal life. Till now, she has not been in any controversy or rumors.

However, on March 23, 2019, she uploaded a YouTube where she cleared the false rumors about having a boyfriend. The video was titled, My boyfriend?? EXPOSED!!! Addressing the rumors.

Talking about earnings, this media personality has an estimated net worth is $500 thousand as of 2022.

Sophie has also been involved with several brands. She has endorsed brands like Petite ‘n Pretty Beauty, Adidas, Zara, J.Crew, Forever 21, and more.

Talking about Sophie Michelle’s body features, she has hazel eyes and light brown hair. She stands with a height of 5 feet and weighs 45 kg.

Sophie Michelle is active on social networking sites. On Facebook, she has several fan pages under her name.

Moreover, she is very popular on Instagram where she posts photos of her. This account has more than 622k followers and started to use it from Jan 2017.