Updated On December 18, 2022 | Published By: Joseph Miller
Share this
In Relation 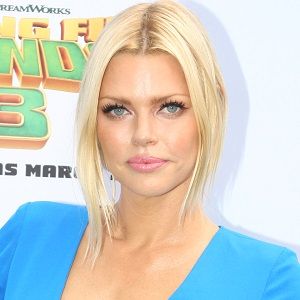 There's no doubt in my mind that going vegetarian has made me feel better not only physically but also because I learned about the suffering of animals who are raised and killed for food. I feel good knowing I'm not contributing to that.

What is the relationship of Sophie Monk?

Sophie Monk is in a relationship with Joshua Gross. They met in 2018 on a long-haul flight from Europe. Sophie says that she knows Josh is the one since she met him and wants to get married to him. Also, she added he is very supportive of her career.

Previously, she dated Stu Laundy. Laundy is an Australian millionaire. Recently, Sophie chose Laundy in The Bachelorette Australia. However, the couple could not continue their relationship.

In the past, Sophie has had several affairs but none of them were able to marry her.

She was engaged to Benji Madden in 2007 but later they got separated. In addition, she was engaged to Jesse Esberg in 2011 but the same as before this relationship also didn’t last too long.

Who is Sophie Monk?

Sophie Monk is one of Australia’s sexiest people. By profession, she is a singer, actress, model, and radio host. She is also popular as a member of Bardot, an Australian girl group.

Also, she is noticed for her role in Sex and Death 101, The Hills Run Red, Hard Breakers, and Click.

Recently, she was the bachelorette in The Bachelorette Australia and she has chosen Stu Laundy, one of the contestants.

Sophie Charlene Akland Monk was born on December 14, 1979, in London, England, the U.K. to Sandi Monk and Andrew Monk.

Her ethnicity is English. Her father Andrew is a social media sensation.

She has a brother Ben Monk. Her parents migrated to Gold Coast in Queensland when she was two years old.

Apart from her regular school education, she is trained in classical opera since her childhood.

The start of Sophie Monk’s professional career was in 1999. After competing for the position in Bardot against more than 100 candidates, she was selected. And her group released a number of albums. Some of those albums are Poison, These Days, ASAP, I Need Somebody, and Love Will Find a Way. But later, the group broke down.

However, she was still active and started to release her solo albums. And some of her successful albums that she released with Warner Music Australia include, Inside Out, Get The Music On, and One Breathe Away. But she later faded away as a singer and she was actively seen in movies and televisions.

During her acting career which she started in 2004, she has shown her impressive talent. Her debut in the film industry came from The Mystery of Natalie Woods in the role of Marilyn Monroe. This made her quickly famous among the public. Later, she made her appearances in Sex and Death 101, The Hills Run Red, Hard Breakers, Click, Blood Feast, and several others.

Furthermore, she also appeared in television shows including, Popstars, The Choice, Getaway, Australia’s Got Talent, The Bachelorette Australia, and many others. In addition, she has also modeled in the video of the song Always by Blink-182.

As a radio show host, she was first heard in Filth and Jules. In 2001, she hosted 2Day FM along with Mel B, Jules Lund, and Merrick Watts. Not only she has done radio hosting, but she was also an advertising model for Diet Vanilla Coke, Coca-Cola, LG Electronics, and several other products. And more importantly, she is highly active in promoting people to be vegetarian.

Sophie has been included in the list of sexiest and beautiful women list for many years. She was in the list of FHM’s 100 Sexiest Woman from Australia every year from 2000 to 2009.

Also, her role in Hard Breakers has landed her on the nomination for Maverick Movie Awards for Best Actress.

As a result of her successful professional career, she has a net worth of $6 million. However, her involvement in various works has made it hard to know about her actual salary.

Is Sophie Monk involved in any rumors and controversies?

Sophie and Stu Laundy’s budding romance is the talk of the town. But the rumors have already started to float regarding them splitting up. However, these are not clarified by Sophie as of now.

Recently, there was a rumor about Sophie being pregnant. But, she has completely denied that false rumor.

However, there are not any major controversial topics relating to Sophie.

Beautiful and adorable Sophie Monk has a great figure. She is 5 feet 6 inches tall and weighs about 54 Kg. Furthermore, she has blonde hair and light blue eyes.

Jarrod Woodgate has a heartbreaking separation from his girlfriend, Sam Royce!