Updated On December 18, 2022 | Published By: Frank Ingram
Share this
Married 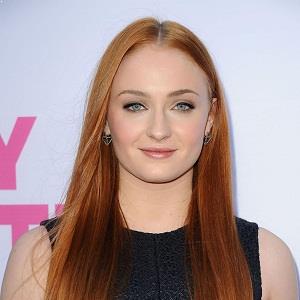 To me, bravery is to stand up for what you believe in

Courtesy is a lady's armor

I think I'm not really into the handsome, chivalrous knight

Sophie Turner is in a happy relationship with Joe Jonas!

The Game of Thrones star Sophie married American singer Joe at A Little White Wedding Chapel in Las Vegas, Nevada on 1 May 2019, right after the 2019 Billboard Music Awards.

Turner legally changed her last name to Jonas following her marriage. On 29 June 2019, she and Jonas repeated their marriage vows in the presence of their family and friends in France.

The couple is expecting their first child. Then in late July, this couple welcomed their First daughter and named her Willa Jonas.

On July 15 she welcomed her second little princess. At the moment, she has not revealed her name. If there is any detailed info about her newborn baby then it’ll be updated.

Talking about her past relationship with Sophie, she dated the guitarist of the musical band ‘The Vamps’, James McVey.

Who is Sophie Turner?

Sophie Turner is an English actress who is immensely famous for her work as an actress in the all-time hit HBO Television series ‘Game of Thrones whereby, Sophie Turner portrayed the main role of Sansa Stark.

She is also known for playing in the Television series ‘The Thirteen Tale’ in the role of ‘Young Adeline March’.

Sophie Turner was born on February 21, 1996, in Northampton, England, United Kingdom. Her nationality is British and her ethnicity is English.

She was born to Sally Turner (mother), a nursery school teacher, and Andrew Turner (father), a pallet distribution company employee. She was raised in Chesterton, Warwickshire as she and her family moved there when she was just two years old.

She was born as twins but, her twin died at birth and she was raised by her two brothers Will Turner and James Turner.

She was a member of Playbox Theatre Company since she was three years old which provided her with a very well-managed learning environment along with numerous opportunities to pursue a career in acting.

Sophie Turner initiated her career after giving an audition for the all-time hit HBO Television series ‘Game of Thrones.

She played the role of Ned Stark’s daughter ‘Sansa Stark’ which is one of the major roles in the series and turned out to be her first and major breakthrough.

During the year 2012, she was nominated for the Young Artist Award for Best Performance in a TV Series – Supporting Young Actress for her performance in ‘Game of Thrones as Sansa Stark.

After her success in ‘Game of Thrones, she got the opportunity to play for the BBC Television series ‘The Thirteen Thales in 2013. Her work as Jean Grey in ‘X-Men Apocalypse’ is also one of her breakout roles.

Thus, with the help of her talents and appearances, she is now of a net worth of $5 million. Her salary per episode is not known through any media.

Sophie was rumored to be in a relationship with American actor Thomas Mann during the year 2014.

But, this was denied by Sophie, herself. Later, she was also rumored to be with Tye Sheridan during the year 2015 which was also denied.

Sophie Turner has a good height of 5 feet 9 inches with a body weight of 64kg. She has blonde hair color and her eye color is also green.