Sophie Winkleman is happily married to Lord Frederick Windsor. Her husband, Windsor is the son of the Prince and Princess Michael of Kent. He is a financial analyst by profession.

The couple got engaged on the 14th of February 2009. Later, the couple tied the wedding knot on 12th September 2009. The wedding took place at the Hampton Court Palace.

Together, the couple is blessed with two children; Maud Elizabeth Daphne Marina (b. 15th August 2013) and Isabella Alexandra (b. 16th January 2016). 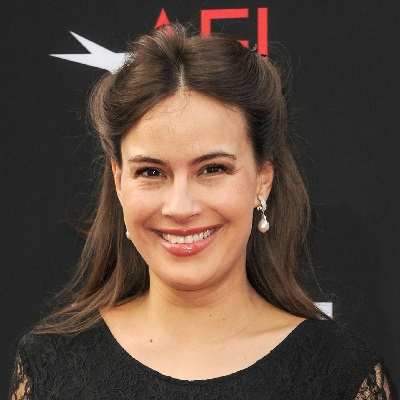 Who is Sophie Winkleman?

British Sophie Winkleman is a Golden Nymph-nominated actress. Winkleman is renowned as the Lady Frederick Windsor, a member of the British royal family.

Last, in 2020, she made her appearance in the TV series, Strike as Kinvara Chiswell.

Sophie Winkleman was born on 5th August 1980 in Primrose Hill, London. Her birth name is Sophie Lara Winkleman. She is of Jewish-Germanic ethnicity.

She is the daughter of Cindy Black and Barry Winkleman. His father, Barry is a publisher. He published the book named Times Atlas of World History. Whereas her mother, Cindy is an author.

She has half-siblings, Claudia Winkleman from her father’s first marriage. Her elder sister, Claudia is a model and TV Presenter.

Moving to academics, she completed her High School education at the City of London School for Girls. Later, she joined Trinity Hall Cambridge and studied English literature. In the university, she used to the dramatic club, Cambridge University Footlights Dramatic Club.

In the university, she started her early career as a writer and performer. At the time, she wrote and perform the play, Far Too Happy. For the play, she toured Britain for three months. Following that, in 1997, she joined the National Youth Theatre of Great Britain.

Moving forward, she made her appearance in stage shows like Blood Wedding, Six Degree of Separation, The Crucible, and The Resistible Rise of Arturo Ui.

After a successful career in plays, she entered into the TV industry with the TV series, Ultimate Force, Walking the Dead, and Poirot, in some character roles. In 2004, she made her movie debut with the TV movie, Chasing Alice. In the movie, she portrayed the character of Elle Kensington.

The next year, she featured the movie, The Chronicles of Narnia: The Lion, the Witch, and the Wardrobe as Older Susan. Despite short screen time, she got noticed in the movie for the first time. The year, she appeared in the TV series, Peep Show. The show became one of the milestones in her acting career.

Following that, she was featured in the TV series including Two and a Half Men, Ruddy Hell! It’s Harry and Paul, Milo Murphy’s Law, and Strike.

Apart from her stage and TV career, she also has a successful radio career. She is a cast member of the BBC Radio 4’s programs like Giles Wemmbely-Hogg Goes Off, Uncle Fred in the Springtime, and Dr. Freud Will See You Now, Mrs. Hitler, and ElvenQuest.

Apart from that, she also makes via her career in radio and television.

She has brown eyes with brunette hair. She stands at a height of 5 feet and 7 inches and weighs around 60 kg.

To date, she has not been involved in any sort of controversy and scandals that created headlines in the media. Besides that, she has managed to maintain distance from any kind of rumors.

However, she has been in the news in the year 2018. The year, she went through a car accident while swerving a deer. The car hurled into the air back down towards the ground caused her life-threatening injuries.