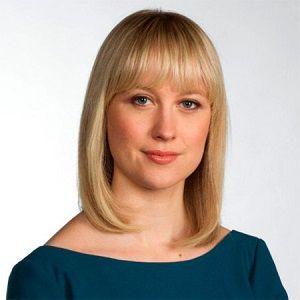 Talking about her relationship, she is a married woman. She married Ben who is also a journalist by profession. The information on her marriage date and wedding details are unknown. He works for a national newspaper. They don’t have any children yet.

Who is Sophy Ridge?

Sophy Ridge is an English broadcast journalist. She is well known for her work at the newspapers and most particularly for her work in the Sky News where she works as the Senior Political Correspondent.

On talking about her profession, she began her career as a trainee reporter for the tabloid newspaper News of the World after her graduation in 2006 where she worked as a consumer affairs correspondent at the beginning.

Similarly, she also worked as a journalist on the sky news in 2011. Likewise, her work was highly appreciated as she was made to travel a lot and report a huge amount of political stories from across the world.

Whereas, she also visited places like Afghanistan, New York, and Brazil with the Prime Minister. At present, she is a host on her show Sophy Ridge on Sunday.

moreover, her highest profile was in 2015 as she also played a key role in the 2015 general election coverage for Sky, reporting on the Labour Party’s campaign and conducting interviews with party members.

On talking about her lifetime achievements and awards, she is a winner of several awards one of them is the Headline money rising star award. She has also won MHP 30 Under 30 Gold Award, Total Politics Blog Awards 2011, Young Journalist of the Year in the Royal Television Society Awards in 2013, etc.

Sophy goofed up while introducing the leader, Kezia Dugdale of Scottish Labour Party by saying Scottish Labia Party. She was red-faced after making the blunder. However, she corrected soon but the clip was viral all over the social media.

Sophy Ridge: Salary and Net Worth

Sophy Ridge’s hair color is blonde and her eye color is grayish blue. In addition, her height, weight, and shoe sizes, etc are unknown.