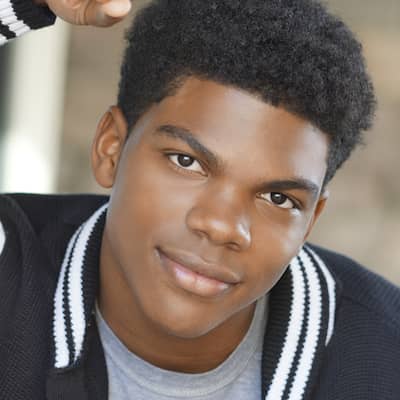 What is the relationship of Spence Moore II?

Spence Moore II’s relationship at present is possibly single. He has not shared the details of his affairs or girlfriend.

Who is Spence Moore II?

Spence Moore II is an American actor. He is popular for playing roles in A.P. Bio, Five Points, 13 Reasons Why, and more.

His birthdate is 16 Dec 1997 and he was born in Valdosta, Georgia, the USA as Grady Spence Moore II.

The name of his mother is Tann Moore and his father’s name is Spence Moore. He shared his family picture on Instagram when they went for a wine tour.

Spence’s ancestry is All-American and has an older sister, Nia Moore. As per his academics, he has not provided the details.

Spence Moore II made his mind to become an actor after participating in his sixth-grade talent show. At present, he is one of the popular new faces of the TV industry.

He is mostly known for his TV roles. His first TV series was Criminal Minds (2016) as Gabriel Lewis. Then he had brief roles in Lady Dynamite, Last Man Standing, Rebel, Ballers, and more.

Spence’s other notable TV projects are,

His net worth is said to be around $500k US as of 2021. However, his salary and other earnings are unknown.

He also did advertisements of the NFL, Coca-Cola, Hormel, Custom Ink, and Adidas.

This Five Points actor is keeping himself away from rumors and desperate scandals.

Similarly, his eyes are black and his hair color is also black. He wears a shoe size of 10 US.

Spence is available on social sites except for Twitter.