Spencer Locke is an actress who was Kylie in Cougar Town. She is married. 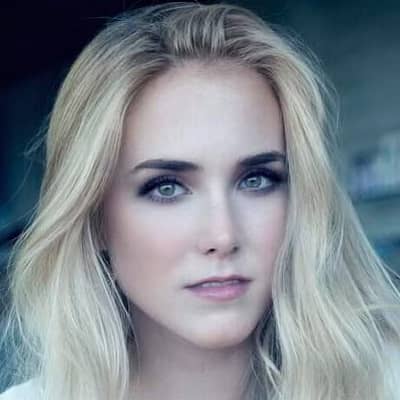 What is the relationship of Spencer Locke?

Spencer Locke is already taken. She gets married to her longtime boyfriend Chris Mason who is a British actor.  The pair started dating in the year 2015.

Later, they announced their engagement in 2016, then they tied the knot on November 5, 2017. Recently, they were blessed with a daughter named Monroe Mason. Monroe was born on July 10, 2020.

As of now, they are happily enjoying each other’s company. Moreover, no information available regarding her other relationships.

Who is Spencer Locke?

Spencer Locke is an American film and television series actress. She is best known for her role as Kylie in Cougar Town.

Spencer was born on September 20, 1991, in Winter Park, Florida, USA. Her full name is Spencer August Locke. She is of American citizenship and belongs of Caucasian descent.

The name of his father is Jemmy Locke and John Locke. She is the eldest daughter of her parents. She has a younger sister named Chelsea.

Talking about her academic background, she studied at the Maile School.

Spencer made her first television debut through the television series, Without a Trace portraying the role of Brandee Case in 2004. In the same year, she made her film debut as Sleepover friend in Spanglish.

She has a recurring role as Bitsy Johnson on season 1 of the Nickelodeon series, Ned’s Declassified School Survival Guide. Similarly, she was also the voice of Ashley in the video game, ‘Forza Horizon 2’ (2014), and Jenny Bennett’s voice in ‘Monster House’.

To date, she has not been part of any sorts of rumors and scandals. Also, she stays away from such controversial acts and disputes.

Spencer has an estimated net worth of around $500 thousand as of 2022, throughout her successful acting career. However, her exact salary, yearly income, and real estate are still under review.

She has a brown hair color as well as brown pair of eyes color.