NFL player Spencer Paysinger is married and a father of two.

Spencer is married to his high school sweetheart Blair Duckworth Paysinger. Blair is a Graphic Designer. The couple has been friends since Beverly Hills high school in the summer of 2013.

After the long-term relationship, they got married in 2016 at La Quinta Resort and Club situated in California. They are blessed with two children together; Cairo and Madden Paysinger. 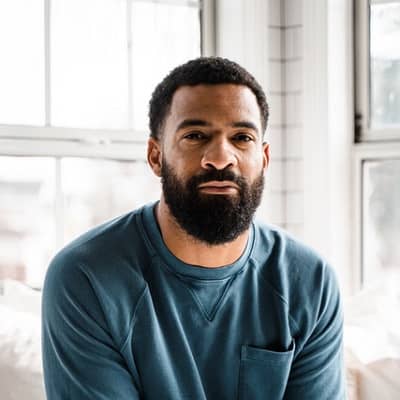 Who is Spencer Paysinger?

Spencer Paysinger is a former American football linebacker who played for the New York Giants of the National Football League (NFL).

Paysinger also played college football at Oregon. Likewise, his career served as motivation for 2018 The CW series All American.

Spencer Paysinger is 33 years old and born on June 28, 1988, in Crenshaw, California, the United States.

He is the son of Donald Paysinger and Autumn Paysinger. Spencer grew up in South Los Angeles with his two brothers namely Justin Paysinger.

His brother Justin works as a Senior Manager, Organizational Development at Republic Services, in Phoenix, Arizona.

Likewise, his uncle, Carter Paysinger, served as the head football coach at BHHS for 19 years from 1990 to 2009.

His father, Donald Paysinger, was an assistant or head coach at BHHS for nearly 32 years until 2013. However, his father passed away shortly after suffering from cancer.

He is of American nationality and his birth sign is Cancer. Talking about his education, he graduates from Beverly Hills High School. He played college football in Oregon.

During his higher school days at Beverly Hills High School, he was a school team captain, wide receiver, and linebacker. Later, he played college football at Oregon on a senior team as a team leader.

He was not selected in the 2011 NFL Draft and he signed with the New York Giants. He racked up 12 tackles in 15 appearances. Moreover, he was a part of the Super Bowl XLVI winning team. For the next three seasons, he racked up 104 tackles in only 47 appearances.

On April 2, 2015, Paysinger signed a one-year contract with the Miami Dolphins. Miami Dolphins extended his contract for one more season on March 31, 2016. Again, Paysinger was signed by the New York Jets on June 9, 2017.

However, he was released by the club on September 1, 2017. On December 5, 2017, Paysinger was signed by Carolina Panthers and played three games for the club before his release on December 29, 2017. Eventually, after that, he retired from American Football. Likewise, his career served as motivation for 2018 The CW series All American.

His net worth is around $ 5 million and his salary is not revealed. He earned money by playing for various American Football clubs.

There are no rumors and controversies about his personal life or professional life. Likewise, Spencer is a dedicated and hardworking person who is focused on his work.

Talking about Spencer’s body measurements, he has a height of 6 feet 2 inches and has a weight of 113Kg. Additionally, he has a fit and muscular body build. Spencer’s hair color is black and has the brown color of eyes.

All American actor, Daniel Ezra; Know about his acting career and life journey!