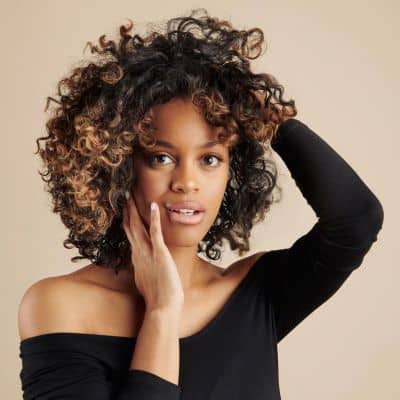 Talking about her love life, Spensha Baker is presently single and is not dating anyone at the moment. She might be focused on her career right now.

Moreover, the star has not revealed her relationship details and related news to the media and public till now. It seems Spensha is private in nature and does not prefers sharing her private life to the public.

Spensha Baker is a well-recognized American singer and songwriter. Baker is widely famed for coming in fourth place on the fourteenth season of The Voice.

Moreover, she was one of the finalists of The Voice America Season 14.

Spensha Baker was born on 18 January 1993. At present, her age is 28 years old. Likewise, her birthplace is Boerne, Texas, the USA.

Spensha is the daughter of her father, Wayne Baker, and her mother, Marcy Baker. Her dad serves in the US Army.

Talking about her nationality, Baker holds an American identity whereas her ethnicity is African-American.

Regarding education, the singer completed her graduation from Judson High School in San Antonio, Texas. She was the captain of her high school softball team.

Professionally, Spensha is a well-named singer and songwriter. She began her singing profession at a very early age as a 2004 contestant on Star Search. She also performed at the White House for President George W. Bush.

Additionally, the star published her first album, Outloud! explaining that she named it because that is the way she lives her life. Baker gained high attention after featuring in the popular singing contest, The Voice America in 2018. She participated in season 14 of the U.S. The Voice.

Spensha auditioned for the show in an episode broadcast on 6 March 2018 where she sang, Blackbird by the Beatles. Moreover, she gained turns from Kelly Clarkson and Blake Shelton and eventually chose to be on Team Blake.

Likewise, the singer won the knockout vs. Austin Giorgio and shifted to the Live Playoffs. During the Playoffs, she was picked by her coach, Blake, and moved on to the Top 12. Later, Baker advanced to the semi-finals after singing Red by Taylor Swift. In the semi-final, she performed My Church by Maren Morris and a duet of What’s Going on.

Going on, Spensha’s version of My Church reached #10 on iTunes. Ultimately, the star was placed fourth behind Kyla Jade, Britton Buchanan, and Bryan Cartell.

A talented American artist, Baker has earned decent money from her profession. She has been active in her profession from the year 2004 till the present.

It is reported that Spensha Baker has an estimated net worth of $1 million.

Spensha has never been part of any controversial matter or rumors till now. The singer has been preoccupied with her professional and private life.

It seems that Baker prefers enjoying her personal life and does not want to merge it with her professional life.

28 years old star, Spensha has gorgeous looks and an admirable personality. She stands at a height of 5 feet 7 inches. Also, she has a balanced body weight of 56 kg.

Furthermore, Baker has brown eyes whereas her hair is brown. Her body measurement is 33-24-35 inches(chest-waist-hip)respectively.

Regarding her social media presence, Spensha Baker is an active personality on social media. Spensha has more than 19k followers on her official Instagram account @thespenshabaker.

She is also active on Twitter with around 11.4k followers.

Moreover, Baker is also available on Facebook with nearly 8.1k fans and supporters.