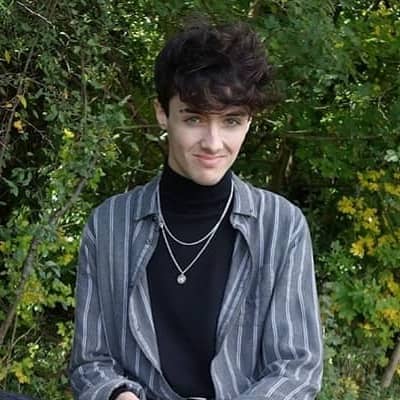 Spivey’s current relationship status is possibly single. There is no information available on online resources about his relationship background.

Spifey is a Youtuber from England. Youtuber’s real name is George Anderson but he is better known as Spifey.

He is famous for his comedy Minecraft Videos on youtube.

He has British citizenship and of Caucasian ethnic background. His zodiac sign is Libra. Currently, he lives in Exeter, Devon, England.

There is no information available regarding his parents as well as his childhood.

No information available regarding his educational background. However, he might have graduated from high school.

Internet sensation Spifey began his youtube career or create the channel on September 10, 2015.

His youtube channel named, Spifey is mainly composed of Minecraft gaming videos that show an older version of Minecraft such as an upside-down tree in the thumbnail.

Some of the content on Spiefy’s channel include listening to certain annoying songs to win money for a long period of time with the user of Minecraft on the served.

Youtuber has his own Merch where he sells clothing stuff.

He participated in Noxcrew’s and Dangthatsalongname’s MC Championship event in 2020.

According to the other online resources, His estimated net worth as of 2022 is $1.1 million approximately.

In March 2020, there was a rumor that Spifey was dating Keely who is a Twitch streamer and former Youtuber.

However, both icons publicly denied this rumor.

Spifey has got a charming and dashing personality. He is about 6 feet 4 inches tall approximately.

The Youtuber has green eyes color and black hair color. Furthermore, there is no information available about his other body measurement.

Spifey is mostly active on Youtube where he has 1.68m subscribers to date where he uploads funny Minecraft videos, memes.

He uses Instagram with the handle Spifey where he uploads 45 posts and 215k followers.