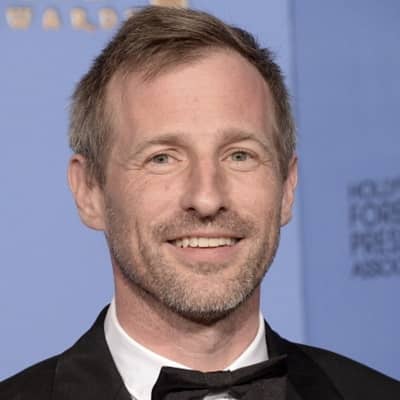 As a feature film director you got to be a guarding dog of the whole production. You got to be able to hold 100 script pages in the head at the same time. If you miss a detail it's wasted. I don't know how the music video generation can affect the movie business, but I'm curious what feature films the English Chris Cunningham and the Swedish guy Jonas Åkerlund are going to make.

For the first 30 seconds, I had that buzz, like, It's responding to me! Then it quickly fell apart and you realize, Here are the tricks, here's how this works. But what if I could sustain that forever? What would that be like? I wanted to take that idea as far as I could possibly imagine and feel.

There was definitely a point in my thirties when I thought, 'Oh, wow, I'm not the youngest person on the set anymore. But I like it. Working with younger artists is totally exciting...[And Arcade Fire:] Most of them are ten years younger than me and they just feel like peers. Their process is very democratic. Anyone in the group can come up with an idea and play over someone else.

The thing I realized with Amy is, she can make any dialogue you write sound unwritten. She just has a way of internalizing it. She's such a thinker, and you can see her thinking her way through all of that until it's all coming from within her.

Spike Jonze’s current relationship status is single after his divorce.

But he has had romantic affairs in the past.

Further in 2005, Jonze dated singer Karen O although the couple broke up shortly after some time being together.

Jonze also dated actress Drew Barrymore in 2007. Jonze was in a relationship with Michelle Williams in July 2008. They met each other on the set of Synecdoche, New York. The couple ended in September 2009.

Jonze also dated Japanese actress Rinko Kikuchi from 2010. The couple lived together in New York City, but broke up later.

Who is Spike Jonze?

Spike Jonze is a Golden Globes and Academy Awards winning filmmaker, photographer, and actor. He is best known for his visually arresting and innovative music videos and films.

He is popular as the director of Adaptation, Being John Malkovich, Where the Wild Things.

Spike won his first Oscar Award for Best Writing, Original Screenplay for Her.

The actor was born on 22nd October 1969 in Rockville, Maryland, United States. His birth name is Adam Spiegel.

His father’s name is Arthur H. Spiegel III and likely, his mother’s name is Sandra L. Granzow. His parents got divorced during his childhood. And so Jonze and his two siblings Sam Spiegel and Julia Spiegel were raised by their single mother.

He belongs to American nationality and is of Mixed (German & Russian Jewish, Scottish, and English) ethnicity.

Talking about his education, he received it from Walt Whitman High School. Jonze used to spend most of his time at the Bethesda community store during his high school days, and so he got his nickname as Spike Jonze there.

Spike Jonze has established himself as a well-reputed director and actor now. He was a member of Propaganda Films. Likely, Spike is also the owner of the Girl skateboard company.

After completing his education, he soon became an assistant editor and later photographer for the independent biking magazine Freestylin’. Jonze was also involved in the alternative skateboarding scene, and his unique videos of skateboarders, most notably Video Days, led to his work on music videos.

In 1992 Jonze co-directed the music video for “100%. He works as an actor in various short films and videos before he made his directorial debut. Jonze started his acting career featuring in the movie, Mi Vida Loca in 1994. Later in 1999, he plays the main role in the movie, Three Kings.

Likely, in the year 1999, he debuted as a director from the movie Being John Malkovich. Further, he worked as a producer for various television series and films, including Jackass: The Movie, Jackass 3D, Abandoned, Payday, Jungletown, Terror, and Pay Day. His most recent works as a producer were Vice Guide to Film, Tatto Age, and Post Radical.

In 2014, he won Academy Award and Golden Globes Award for Screenplay for his movie Her in 2014. He notably directed videos for Lady Gaga’s Dope in 2013 and for Kanye West’s Only One in 2015.

Furthermore, Jonze works with TV channel Viceland, which began airing in 2016. In addition to co-founding the network which focused on documentary programs aimed at millennials, he also served as co-president and creative director.

As of 2019, he worked in short movies such as The New Normal and Squarespace: Dream it with Idris Elba and the television show Aziz Ansari: Right Now. Moreover, he has produced and worked in various movies in his career.

He directed the Beastie Boys Story: As Told By Michael Diamond & Adam Horovitz’s stage show. It was released on Apple TV+ in 2020.

Spike has been working in the Hollywood entertainment business for more than 3 decades. And he has earned millions of dollars from his career now. This actor’s net worth is around $50 million.

Talking about his property and assets, Spike Jonze owns a 1965 square feet house with three bedrooms and two bathrooms located in Malibu, California, which he bought in 2018 for $8.85 million. After two years, he sold the house for $3.2 million.

Jackass, a television show directed by Spike in 2000 sparked various controversy and criticism for its lack of taste and its potential encouragement of destructive action, especially among teenage boys.

Apart from it, the director hasn’t been in an incident that could create any rumors about him.

With a charming personality, he has light brown hair with blue colored eyes.