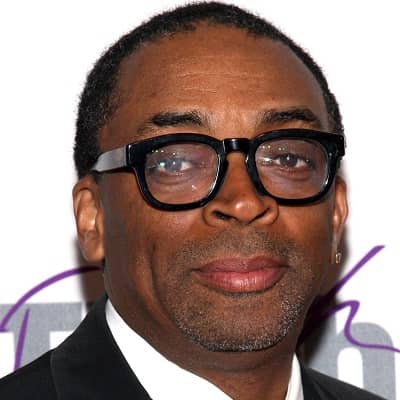 It has been my observation that parents kill more dreams than anybody.

We grew up in a very creative environment and were exposed to the arts at a very young age, so it's not a surprise that all of us are in some form of the arts.

Spike Lee is a married man. He exchanged his vows with an actress Tonya Lewis on 2 October 1993, in New York. They started dating each other in 1992.

Who is Spike Lee?

Spike Lee is an American director, actor, screenwriter, and producer. He is best known for his films like Jungle Fever, Malcolm X, and Do the Right Thing.

This director was born on 20 March 1957, in Georgia, the US with the birth name Shelton Jackson Lee. He belongs to All-American descent.

His father William Edward Lee III was a jazz musician and a composer. His mother Jacqueline Carroll was a teacher of black literature and arts. He has two brothers Cinque and David, and a sister Joie.

All of Lee’s siblings have worked in different positions in his films. He studied at John Dewey High School. Spike made his first student film Last Hustle in Brooklyn, in Morehouse College, where he graduated with BA in mass communication.

Afterward, in 1985, he began working on his first feature film She’s Gotta Have It. He produced, directed, edited, starred, and wrote the film with a budget of $175,000. The movie grossed over $7 million at the U.S. box office.

Between 1986-1990, Spike released 3 movies School Daze, Do the Right Thing and Mo’ Better Blues. All his movies were a big success.

Afterward, in 1991, he directed his fifth feature-length film Jungle Fever which received positives reviews and appreciations. The next year, Lee released a biographical drama movie, Malcolm X distributed by Warner Bros and Largo Entertainment. In 1997, he released a historical documentary film, 4 Little Girls which won several awards for its outstanding story.

Later, in 2020, Lee wrote, directed, and produced a war drama film Da 5 Bloods on Netflix. The Library of Congress selected his movies: Malcolm X, Do the Right Thing, 4 Little Girls, and ‘She’s Gotta Have It’ for preservation in the National Fim Registry.

Spike’s movie BlacKkKlansman receives 6 nominations for the Academy Award, and he himself was nominated for 3 Oscars. He won his first Oscar for the Best Adapted Screenplay for the movie.

Spike Lee has received many awards for his notable work in the film industry. Some of the awards received by Spike are mentioned below.

Earlier, in 1992, Lee received an impressive salary of $3 million to direct the movie, Malcolm X. Meanwhile, according to some sources, he has an estimated net worth of $55 million.

Earlier, in 1999, he made a controversial comment about Charlton Heston at the Cannes Film Festival. He told saying that Heston should be shot with a 44 Bull Dog. Later, Spike apologized for his statement responding to it as a joke.

An actress Rosie Perez said that she was very uncomfortable filming the nude scenes on Lee’s movie Do the Right Thing, and criticized him for his representations of women.

After the death of Trayvon Martin in March 2012, Lee claimed that he knew the address of shooter George Zimmerman, but the address was incorrect. Homeowner Elaine and David McClain filed a negligence lawsuit against Lee and was charged $1.2 million for his crime.

Later, in 2020, his video went viral on social media where he was having an argument with the security team near the elevators at Madison Square Garden. Spike responded that the would never again attend the rest of the games for the season.