Updated On October 12, 2022 | Published By: Lisa Arnold | In Married , Relationship , Wedding
Share this 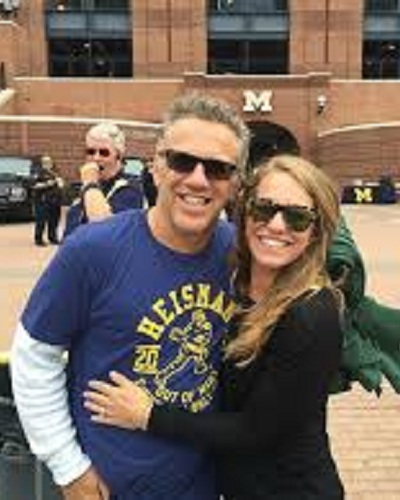 Let’s see how is he doing these all.

Something about Neil’s married life

They had a beach wedding and got married in an intimate wedding ceremony, followed by the reception held at an art gallery.

Neil and Stephanie met in the year 2008 at a fundraiser program at the Tiger Woods Center where Neil was hosting the program, and Stephanie worked there. But it was not the first time they crossed paths.

The couple attended school at the University of Oregon together, without knowing they were bound to be life partners. Neil prefers privacy in his personal life and the least information about his love life with his wife.

His secrets to balancing married life and a booming career

In an interview back in May 2015, Neil shared that he is blessed to have a career as a sportscaster and poured out his thoughts as,

“I can’t believe that this is my life, I’m in awe that I’m doing what I’m doing. I’ve been very, very blessed.”

Neil joined ESPN in 2000, and today, he is a part of those personalities whom he used to admire from far. He shared his first day of ESPN as,

Neil even shared that his grandfather, Neil Moffitt Sr. played football on the 1920 Ducks team and his allegiance to the programs started at that moment,

Moreover, he shared his reason for moving to Hawaii.

Neil revealed something regarding the Civil War of 1984, which would surprise his fans.

“I’ve never been to a Civil War since just because I was so proud of the fact that that was the last one I went to,”

Neil Everett is an American sportscaster for ESPN. He is the co-anchor of the West Coast edition of SportsCenter alongside Stan Verrett. More Bio…