SSundee is a YouTuber and Gamer. He is currently single.

Previously, he was married to Maddie Stapleton. His ex-wife, Maddie is also a Gaming YouTube content creator.

The couple married in 2014. Together, the couple has a son, Simeon Luke. They got separated from each other via divorce after 4 year and half years of marriage.

Also, he has a son named Colten from his prior relationship. 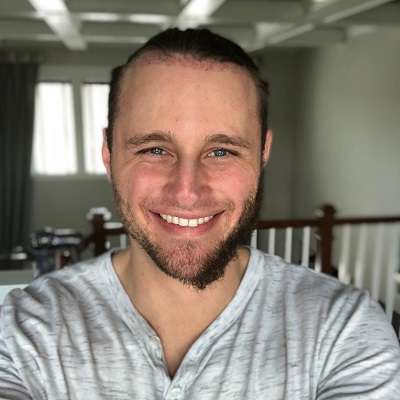 SSundee is a YouTuber and Gamer. He is renowned for his Gaming videos of Fortnite and Minecraft that went viral on the platform.

SSundee was born on 2nd December 1987 in Michigan, United States. His real name is Ian Marcus Stapleton. He is of British-Irish ethnicity.

To date, he has not shared any details on her family background father, and mother. He has a brother. Details on his academics are not available.

He started his professional career in the United States Air Force army.

When he was in the army, he used to upload his gaming content on the YouTube channel, SSundee that he created in 2009.

However, he started uploading his YouTube content on 24th September 2010 with the first video, Minecraft Rollercoaster! w/ SSundee.

On 24th February 2013, he ended his military duty and continued his career as a YouTuber.

In the channel, he uploaded gaming videos including Fortnite and Minecraft. Within a very small time interval, his gaming content went viral on the platform on the no time.

As he continued making such videos, he started gaining more and more subscribers and views.

On 23rd August 2013, his YouTube channel completed its 1 million subscribers.

In order to engage the viewers on the channel, he made various gaming series for the channel that includes Terrra Tech 3, The Forest, Pokemon Go, and What is Minecraft.

On July 29, 2017, he uploaded his first PUBG game where he introduced his video editor, Russel.

Later, From December 2017 to April 2018, he stopped his games on YouTube. He took a short break from his YouTube career due to his personal issues.

After that, he continued uploading his content on YouTube. His ongoing gaming series includes Hypixel Games,  Pokémon Bed Wars, and SkyFactory 5.

Currently, his YouTube channel has 15.3 million subscribers with 7.44 billion views.

He has blue eyes with brunette hair. He stands at a height of 6 feet and 1 inch and weighs around 87 kg.

You may also read the bio, age, family, career, education, net worth, salary, and social media of Jackson Mecham, Kenzie Ziegler, and SwagBoyQ.