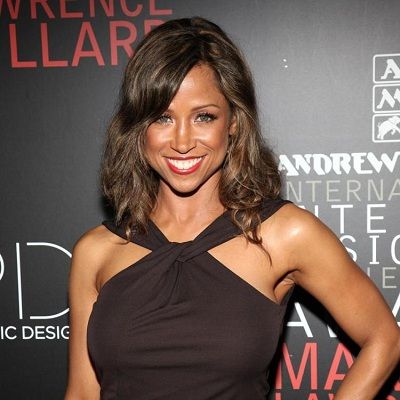 If we don't want segregation, then we need to get rid of channels like BET, and the BET Awards and the Image Awards, where you're only awarded if you're black

I feel most sexy when I'm in love. My stomach flips. I get butterflies

I came across awful characters when I got some kind of status and came to Hollywood. Then you have directors trying to sleep with you, assuming that you will do things because of the way you dress.

Dash was married to British executive James Maby, CEO of Sports Logistics from 2005 to 2006. In 2009 she married actor Emmanuel Xuereb and she files for divorce in January 2010 and got separated in 2011.

Dash was again in a relationship with Christopher Williams who is a singer. They had a son named Austin who was born in 1991. On April 6, 2018, she married Lawyer Jeffrey Marty in Florida.

She announced that she met Marty ten days before the wedding. In addition to her two children, Dash is step-mother to three of Marty’s children.

Who is Stacey Dash?

Stacey Lauretta Dash is an American actress and former talk show host. She is popularly known for her co-starring role as Dionne Marie Davenport in the 1995 feature film Clueless and its eponymous television series.

She has a younger brother named Darien Dash and her first cousin is Damon Dash who is the former CEO and co-founder of Roc-A-Fella Records.

In 1985, she graduated from Paramus High School.

In 1982, Stacey Dash made her first television appearance in the NBC crime drama pilot Farrell: For the People starring Valerie Harper and Ed O’Neill which did not make it past its pilot episode. Dash starred as a femme fatale in the low-budget film Illegal in Blue in 1995. she gained her big break with the 1995 teen comedy film Clueless.

The film spawned a television spin-off of the same name, in which Dash reprised her role as Dionne in 1966. The episode ran from 1996 to 1999. In 2003, after the TV series ended, she appeared in View from the Top. In 2006, she began her own lingerie line called Letters of Marque.

She completed filming roles in I Could Never Be Your Woman, Nora’s Hair Salon II, Fashion Victim, Ghost Image, and American Primitive in 20007. In 2008, Dash performed in the reality television series Celebrity Circus.

She appeared as a persisting character on the television series The Game in early 2009.

Dash starred in the first season of VH1’s first scripted series, Single Ladies, playing Valerie “Val” Stokes, described as a “‘good girl’ looking for a good man” in 2011. Furthermore, In 2012, Dash was advertised in Funny or Die and YouTube broadcast trailers and shorts for her web series Stacey Dash Is Normal. Moreover, the scripted episodes launched in 2013.

Fox News announced that Dash had been hired as a contributor for “cultural analysis and commentary” on May 28, 2014. On December 7, 2015, an edition of Outnumbered, Dash made an observation about President Barack Obama’s address relating Islamic terrorism that took place the day before, counseling the president didn’t “give a shit” about terrorism.

However, Dash received criticism when she argued that the BET Awards lied to black people about news regarding the boycotting of the Oscars due to lack of ethnic diversity, and called for an end to Black History Month in 2016. On January 21, 2017, Fox News declared that Dash’s contract would not be renewed.

In 1966, she was nominated by Young Artist Award for Best Young Supporting Actress.

Dash has an estimated net worth of $8 million. Her wealth stems mostly from her work in Television and Movies.

There is a rumor that the actress’s alleged demise gained traction on Wednesday after a ‘R.I.P. Stacey Dash’. The internet is whisper with the rumor that the 52-year-old actress could be cast as the female lead opposite Daniel Craig.

She is moving up controversy with remarks that blacks are “uneducated” and feel “worthless” due to Barack Obama’s policies.