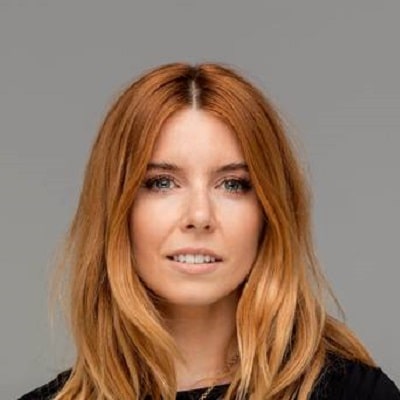 Most evenings I'll light a few candles, get snuggled on the sofa, and read a magazine.

For me, shopping is a way to unwind.

I'm not toeing the line when I say BBC3 is an incredible channel - it has evolved and found itself.

Stacey Dooley is dating Kevin Clifton. He is the partner of her in the show Strictly Come Dancing. Their affair was started in March 2019.

Previously, she was in a relationship with Sam Tucknott, 30 since 2016. Tucknott is a personal trainer.

Who is Stacey Dooley?

Stacey Dooley is an English presenter, journalist, media personality and author who is the winner if the sixteenth series of Strictly Come Dancing.

She was born on 9 March 1987 in Luton, Bedfordshire, England. Her birth name is Stacey Jaclyn Dooley. Her mother’s name is Diane but there is no information about her father. She might be the only child of her parents.

Dooley grew up in Luton, Bedfordshire and went Thereby, too worked odd jobs- as a shop assistant at Luton Airport and hairdressers in Bramingham.

She had not a proper relationship with her father. Also, she never reconciled with her father before his death years ago, when  Dooley was in her 20s.

She holds British citizenship but her ethnicity is unknown.

She joined Stopsley High School but she did not complete her education there. Rather she dropped out of school at the age of 16.

She made her first public appearance at the age of 21 when she participated in the documentary TV series Blood, Sweat, and T-shirts in the year 2008. She was selected to illustrate the typical fashion-obsessed consumer along with other members.

Her interest in labor laws in developing countries impressed the producers and then she was given her very own show, Stacey Dooley Investigates which began in August 2009.

BBC aired several programs in 2010 including one of the former child soldiers in the Democratic Republic of Congo and sex trafficking and underage sex slavery in Cambodia.

In 2011, Tourism and the Truth: Stacey Dooley Investigates and Show Me What You’re Made Of was aired.

Stacey Dooley has created many documentaries which include Stacey Dooley in Cologne: The Blame Game,  Sex in Strange Places, Sex For Sale In Japan, Canada’s Lost Girls, My Hometown Fanatics, Coming Here Soon, Stacey Dooley in the USA, The Natives: This Is Our America, Brainwashing Stacey, The Pets Factor.

In addition, she has managed to participate in the sixteenth series of Strictly Come Dancing. It was announced that she has partnered up with Kevin Clifton on August 16, 2018.

Moreover, she published her debut book On the Front Line with the Women Who Fight Back in February 2018 which concerns sex trafficking, domestic violence, gender equality, and child exploitation.

She was selected a Member of the Order of the British Empire (MBE 2018) Birthday Honours. Also, she has been appointed as a member of the judging panel for The Observer Ethical Awards twice, once in 2012 and again in 2015.

She has an estimated net worth of $1 million around and she has earned that sum of money from her professional career. Also, she earns around $48k per year as a salary.

This TV presenter and Kevin Clifton recently sparked engagement rumors when she wore a gold band around her wedding finger during an outing with the professional dancer.

Stacey Dooley has a height of 5 ft 1 inch and has grey eyes and blonde hair. But, her shoe size, weight, body measurement, etc. are unknown.

Stacey Dooley develops motion sickness while at sea on a work trip in Norway!