Stacey Farber is a Canadian actress. Stacey Farber has been in a romantic relationship with fellow actor Michael Seater. 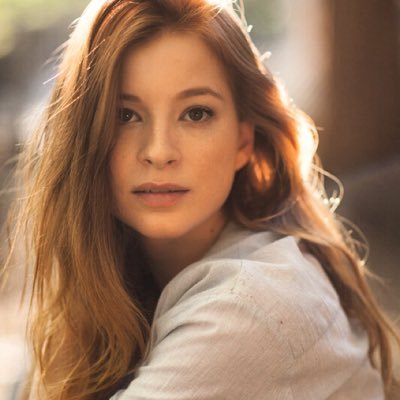 Stacey Farber has been in a romantic relationship with fellow actor Michael Seater. They have been together since 5th August 2010. They are having good times and are sharing cozy pictures on Instagram. However, it seems they are not yet ready to be married.

Who is Stacey Farber?

Stacey Farber is a Canadian actress best known for her excellent acting role in Tv Series Degrassi: The Next Generation‘. Along with this, she has done many films such as “18 to Life“, “Saving Hope” and Virgin River among others.

Her mother and father’s detail is still not unveiled. However, her father is of Jewish descent. Furthermore, she was raised along with her elder sister Lindsay Farber.

She is of Canadian nationality and her ethnicity is Jewish. Moreover, her birth sign is Virgo.

Talking about her education, She graduated from the all-girls private school Branksome Hall in 2005. In 2007, she Joined university at York University in Toronto and later graduated from The New School’s Eugene Lang College in New York City in 2009.

Before getting fame on the big screen, she started with advertisements and modeling. However, she debuted at the age of 15 from the Tv Film “Narc” in 2002 as a young kathryn which was followed by supporting roles in the films, Dark Oracle, Booky Makes Her Mark, Degrassi Goes Hollywood, and Flashpoint.

Likewise, she is the main character for Tv Series Degrassi: The Next Generation’, 18 to Life, and Diggstown. Moreover, she was the guest host of the 2004–05 season finale of The N’s Best Friend’s Date. She has also made her appearance in the stage production Love, Loss, and What I Wore.

Further, she was widely praised for her infamous role films such as:

Stacey has not won any awards or accolades till now. As she is a multitalented star, she has been nominated several times and she might also win some awards in the future.

Farber has earned a hefty amount from her career as a pro actress. She has been able to accumulate over 1 million dollars throughout her career.

There are no rumors and controversies about this Canadian actress as she has been able to hide her presence from most of the media sources.

Stacey stands 5 feet and 2 inches tall and weighs around 53kg. She has light brown eyes and dark brown color hair. Furthermore, she has a beautiful body shape with 34-22-35 inches of measurements.