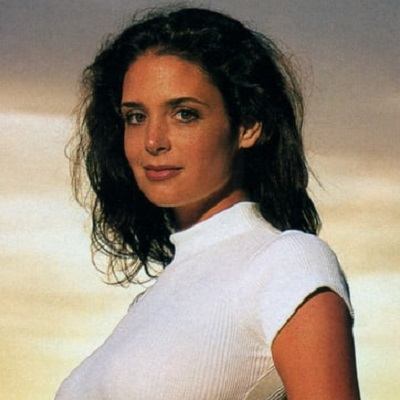 Stacey Williams is happily married to Evan Strauss. Being a very private person, she has not shared any details about her husband and wedding details.

Together, the couple is blessed with a child. Being a protective mother, she has disclosed the details of her child also.

Who is Stacey Williams?

American Stacey Williams is a supermodel and actress. She is renowned for featuring the magazine like Sports Illustrated Swimsuit Issue.

Also, she is popular as Darlene of The Dogwalker and Stacy Williams of The Mommies.

Stacey Williams was born on 15th April 1968 in Philadelphia, Pennsylvania, USA. Her birth name is Stacey A. Snyder. She is of Dutch-Germanic ethnicity. As of 2020, she is 52 years old. Also, her zodiac sign is Aries.

She spent most of her childhood in Philadelphia. Later, she moved to Mechanicsburg when she was just 13 years old. In the town, she attended the Cumberland Valley High School.

Stacey Williams started her career as a model in the early ’90s. Within the year, she became a shining star in the modeling world.

In 1992, she was featured in the Sports Illustrated Swimsuit Issues for the first time. Continuously, she graced the magazine cover for six years till 1998.

Apart from that, she also made her appearance in the documentaries like Swimsuit ’97, 1996 Swimsuit Video, 1994 Swimsuit Issue Video, and The 1993 Swimsuit Video for Sports Illustrated.

Besides that, she has also made her appearance in Jerry Maguire, The Outsider, and The Dogwalker.

Stacey Williams has brown eyes with brunette hair. She stands at a height of 6 feet and has a decent weight.

To date, she has not been through any sort of controversy and scandals that created a buzz in the media. Besides that, she has managed to maintain distance from any type of rumors.