Staci Keanan was featured in 'My Two Dads’ and ‘Step by Step.' She is married To Guy Birtwhistle. 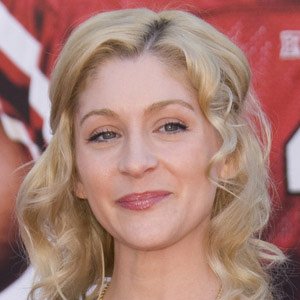 Staci Keanan is married to Guy Birtwhistle since February 11, 2017. Her husband is also an actor and a producer.

They met for the very first time on the set of the film ‘My Two Dads’. The couple has not welcomed any children yet but they are sharing quality time with each other.

They have a dog, Wally, and cat, Fatty whom they treat like their kids.

Who is Staci Keanan?

Staci Keanan is an American attorney and former actress. She is best known for her role as Nicole Bradford on the NBC sitcom ‘My Two Dads’ from 1987 to 1990. She is also recognized for her work as Dana Foster on the ABC/CBS sitcom ‘Step by Step’ from 1991 to 1998.

She was born Anastasia Love Sagorsky on June 6, 1975, in Devon, Pennsylvania, USA. She is currently 45 years old. Her father’s name is Irv Sagorsy and her mother’s name is Jacqueline. Her father is a car salesman but her mother died due to her sickness issue. She has got a sister named Pilar.

Staci initially wanted to become a waitress. She has a golden retriever named Walley and a cat named Fatty. Also, she had a cat named Scarlet.

Staci holds American citizenship and her ethnicity is Ashkenazi Jewish.

Staci Keanan attended the University of California, Los Angeles, and received her undergraduate degree from there and later attended Southwestern Law School and later admitted to the State Bar of Califonia in 2013.

She began her career as a model and made her appearance in print, television, and radio. She also appeared in the voice of My Little Pony and television commercials for Hershey’s Kisses and Burger King. Staci along with her mother and sister moved to New York City and changed her name to Staci Love and began appearing in summer stock.

She debuted her television career in the 1987 miniseries ‘I’ll Take Manhattan’. Then, she was cast as Nicole Bradford in the TV series ‘My Two Dads’ from 1987 to 1990. Likewise, she co-starred in the series ‘Going Places’ in the 1990-1991 season and appeared as Dana Foster in the TV series ‘Step by Step’ by the following year. She had to change her name from Staci to Stacy in 1997.

There is a rumor regarding her death after her sudden disappearance from TV screens but she is still alive and she is currently working as a lawyer.

She has a slim body with a height of 5 ft. 3 inches and weighs 51 kg. Staci has brown eyes and blonde hair. Other information regarding her weight, body measurement, etc. is not available.