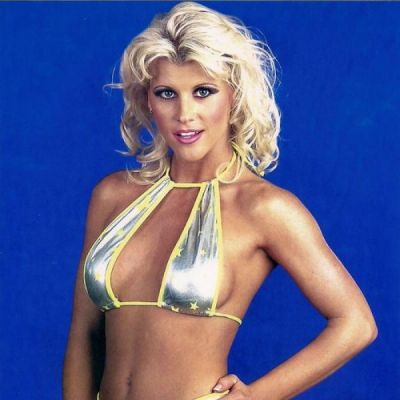 Is Stacy Carter single or dating?

As per sources, Stacy Carter is currently single and is not dating anyone.

But, moving towards her previous relationships she married Jerry Lawler in 2000 September. But she divorced Lawler in July 2001 and quit wrestling too.

They met each other for the first time on July 23, 1989, at Treadwell High School in Memphis. During the affair with Carter, Lawler was married but later he left his first wife.

She got engaged with wrestler Nick Cvjetkovich and re-married on July 29, 2010, in St.Petersburg Florida. But they separated legally in 2013 later on.

Who is Stacy Carter?

Stacy Lee Carter well known as Miss Kitty or The Kat is an American ex-professional wrestling valet and wrestler.

She rose to fame after being active in the World Wrestling Federation between August 1999 to February 2001 under the name The Kat.

Stacy Carter was born in West Memphis, Arkansas, the United States on September 29, 1970. Currently, she is 51 years old and belongs to the American nationality. As per the horoscope, her birth zodiac sign is Libra. She belongs to the Caucasian ethnicity.

Carter was raised in West Memphis, Arkansas along with her younger brother and sister though her mother transferred to Memphis, Tennessee after the official divorce from her father.

Later, Carter also went to live with her mother in Memphis after his graduation. Her father was a policeman. Other identities of her parents and siblings are not disclosed yet.

Carter started her first wrestling career in Power Pro Wrestling held in Jonesboro, Arkansas on the 18th of April, 1998.

In August 1999, she participated in the program Raw is War as Miss Kitty, by World Wrestling Federation (WWF)’s flagship program. During the Four Corners Evening Gown Pool match, she became the winner against the Ivory, Jacqueline, and Barbara “BB” Bush by pulling and tearing off their gowns.

Stary Carter changed her name to The Kat and participated at the Royal Rumble in a bikini made up of bubble wrap in the ‘Miss Royal Rumble Swimsuit Contest’.

Similarly, she lost the match against Terri Runnels during a catfight. The kat started a campaign “Right To Censor” including a number of wrestlers. Similarly, she competed in WWF opposing Victoria, Molly Holly, Jasmine St.Claire, and Cynthia Lynch.

The Kat left the WWF after which her husband Lawler too left it. Then, they participated in different events of wrestling. In 2001, she retired from the wrestling field. Later, they signed a contract with Tri-Star productions working at Memphis Championship Wrestling.

Similarly, On June 5, 2010, she was active in Tri-State Wrestling Alliance (TWA) after collaborating with Demolition (Ax and Smash) against The Nigerian Nightmares and Sheeta in a 6-person mixed-tag team match.

On August 26, 210 she appeared on Stranglehold Wrestling held in Oshawa, Ontario, Canada, at the Stranglehold Devils Playground Tour and fight in opposition to Pissed off Pete.

Her match after collaboration with Sinn Bohdi in opposition to Sexy Samantha and Missive Damage in Las, Vegas on 8th of April, 2011 at Future Stars of Wrestling.

The net worth of Stacy Carter is estimated to be around 10 million USD as of 2022. She is also earning through the actor’s niche. No, detailed info about her salaries and income is found.

Stacy Carter seems to be very secretive about her personal life, so she is not involved in any rumors or controversies up to date.

Stacy Carter is 5 feet 3 inches tall and weighs around 58 Kg. Similarly, her body measurements of her bust, waist, and hip sizes are 43-32-18 inches respectively.

She has blonde hair with a couple of dark black eyes.