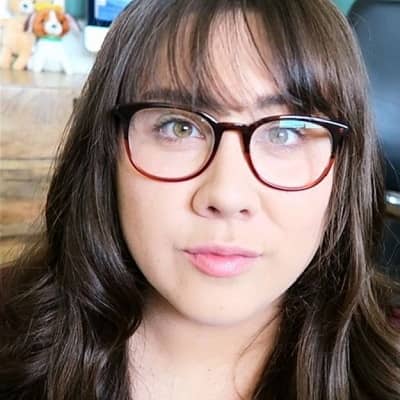 I have a plan for this channel that will probably not take shape until the New Year.. but do not worry. Big things ahead. Thanks for all your support.

Stacy Hinojosa is currently possibly single. She hasn’t disclosed her relationship and affair. Even if Stacy is dating or has a boyfriend, she has not revealed her romantic affair.

Who is Stacy Hinojosa?

Stacy Hinojosa is an American YouTuber and Minecraft gamer. She is best known for her popular gaming channel StacyPlays.

This web star was born on 23 August 1983, in Salt Lake City, Utah, the United States. There is no information about her father, mother, and siblings as she likes to keep her personal life far from the media.

She moved a lot across different countries due to her father being in the military. Stacy is a student of Journalism and Political philosophy.

In 2005, she graduated with a Bachelor’s degree in Arts from Brigham Young University. She belongs to Mexican-American and Spanish descent.

Earlier before joining YouTube, she did almost every type of job. She worked as a cook, waitress, jobs in retail,  worked in a golf course, and as a boss to hire and fire employees.

When she lived in Los Angeles, she used to work on different websites like JSYK.com, Teen.com, and Cambio.com.

Hinojosa has garnered over 2 million subscribers and around 918 million views on her self-titled account. She is popular for her mini-game videos and fun roleplay.

This gamer created her videos using Minecraft. She has a huge fan base and her audience loves her live stream gameplays. Stacy is famous for gaming and creates a huge range of gameplay videos.

Initially, StacyPlays was partnered with Alloy Digital, and now it is currently partnered with Maker Studios. She has created a Minecraft survival series like Dogcraft, Cake Quest, Mineclash, and The Candy Isle.

In addition to the survival series, she also uploads book craft two days a week. The first book craft The 21 Balloons was uploaded on 7 October 2014. Her other books crafts are The Hatchet, Charlotte’s Web, Misty of Chincoteague, and 101 Dalmatians.

Hinojosa also has a second YouTube channel named ‘Stacyvlogs‘ with around 382 K subscribers and over 34 million views. She posts merchandise, new series, live events, and travel vlogs on this account. Recently, she is one of the most viewed gamers in North America.

Afterward, her second and third books of the series are Escape to the Mesa (9 April 2019), and Expedition on the Tundra (3 March 2020) respectively.

The fourth book of the series Sentinels in the Deep Ocean will be released on 2 February 2021.

The average salary of Stacy from YouTube is estimated to be $30K-$483K. Meanwhile, according to some sources, she has an estimated net worth of $3.5 million.

Hinojosa hasn’t been in any drastic rumor and scandal. Meanwhile, this YouTuber has managed to keep herself out of any rumor and controversy. She is doing great in her career.

You may also read PaintingRainbows, ItsFunneh, and Nadia Walker.