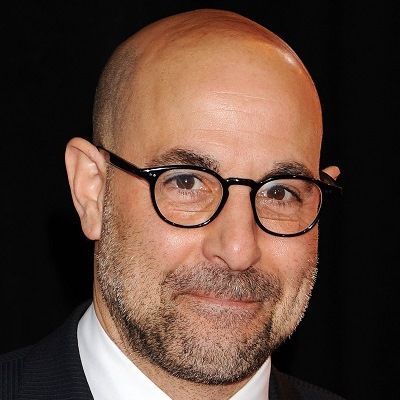 I'm always looking around for another play, but only for a short run. I did "Frankie and Johnnie in the Claire de Lune" onstage with Edie Falco for six months, and it was very hard. Once you get past 14 weeks, I go crazy.

Independents don't exist anymore. Let's be clear about that. Having made a lot of independent movies as an actor and director, trying to raise money-you can put Jesus Christ in your movie and it's really hard if it's an adult drama. The industry has changed significantly since I entered it. It's cyclical. But I don't think it's as healthy as it used to be.

I was doing a play once with Frances McDormand and I left because I so disagreed with the director's vision. Sometimes being miscast is not just, "Can I play this character?" but can I play it within this aesthetic -- on if he's ever been miscast.

His wife also had two children from her previous marriage to actor and stage manager Alexander R. Scott. Kate passed away from breast cancer on April 27, 2009.

Moreover, Emily Blunt had introduced her elder sister, British literary agent Felicity Blunt, to Tucci a few years after they worked together in ‘The Devil Wears Prada’.

They initially married in a civil ceremony in the summer of i.e., 4th August 2012 and later in a traditional wedding at Middle Temple Hall in London on September 29.

Additionally, Blunt gave birth to their son, Matteo Oliver, on January 25, 2015. The family resides in the leafy London suburb of Barnes, London, UK.

Who is Stanley Tucci?

Stanley Tucci is an American actor, filmmaker, screenwriter, and author from America. He is unarguably one of the most prominent and popular character actors working in the industry today.

Talking about Stanley’s education history, he graduated from John Jay High School in Cross River, he enrolled at the State University of New York at Purchase. He graduated in 1982 with a degree in acting.

Talking about his profession, he played ‘The Queen and the Rebels’ (premiered September 30, 1982), in which Stanley Tucci starred alongside his childhood friend actor Campbell Scott and his mother Colleen Dewhurst, he performed in a Molière play at the Yale Repertory Theatre in 1991.

Additionally, he acted, wrote, directed, and produced the comedy-drama film ‘Big Night’ (1996). This was one of his many collaborations with Tony Shalhoub, whose show ‘Monk’, he would guest-star a decade later. Besides that, he also played another doctor of medicine in ‘ER’ (2007-08), the Chief of Emergency Medicine, Dr. Kevin Moretti.

He became fast friends with Meryl Streep after working together in the 2006 comedy-drama ‘The Devil Wears Prada’. They would team up again for ‘Julie & Julia’ (2009). Likewise, directed by Peter Jackson, the film also starred Saoirse Ronan, Mark Wahlberg, Rachel Weisz, and Susan Sarandon. In the 2010s, he became involved in three of the biggest franchises in the history of cinema.

In the live-action remake of ‘Beauty and the Beast’ (2017), he played the role of music composer Maestro Cadenza. He is set to appear in the action-horror ‘Patient Zero’, comedy ‘Show Dogs’, and psychological-thriller ‘Nomis’ in the near future.

In the year 2008, he and Streep received the Grammy nomination for Best Spoken Word Album For Children for the reading of the children’s book ‘The One and Only Shrek’.

He has an estimated net worth of around $25 million and he has earned that sum of money from his professional career. This actor from his acting has gained fame and has made a huge fortune.

Stanley Tucci has a height of 5 feet 8 inches and he weighs 75Kg. His is bald and his eyes color is dark brown.