Staz Nair is a London-based Russian-Indian actor. He is also a singer-songwriter. He is best known for playing Qhono in ‘Game of Thrones’. 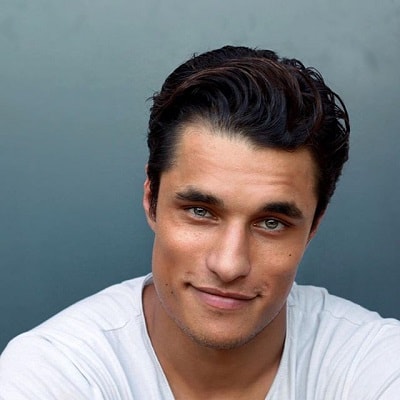 GOT also allowed me to reconnect with my Indian heritage, it's such an honour to be a part of so much pride, the hometown (Kerala) support has been so humbling so Thank you to all of my malayali/Indian people.

Staz Nair is currently in a relationship. He is currently dating Klara Vernier. His girlfriend is a singer and music producer by profession.

According to some resources, they have been engaged and are in the process of getting married.

Who is Staz Nair?

Staz Nair is a London-based Russian-Indian actor. Staz Nair is also a singer-songwriter. He is best known for playing in ‘Game of Thrones’ and ‘Supergirl‘.

He was born on 17 June 1991 in London, England. He has not disclosed any information regarding his father, mother, siblings, and childhood.

Nair holds British citizenship but his ethnicity is Russian-Indian.

Talking about his education history, he has not disclosed the educational institution names he attended.

He started his career in 2016 and was cast in ‘Bazodee’, directed by Todd Kessler. He depicted the character Qhono in ‘Game of Thrones’ alongside Emilia Clarke in 2016 (in the sixth and seventh seasons).

Similarly, Staz Nairs has participated in 2012’s X Factor UK as a part of the boy band Times Red. They passed the audition but failed to secure a place in X Factor’s live shows and were sent home. Later, they released a single titled ‘Just No Good For Me’ in 2013, but it did not make it to the charts.

Likewise, he depicted small roles in ‘Harry Potter’ and the ‘Half-blood Prince’, ‘An Inspector Calls, ‘Prince Scandalous’, and series ‘Tyrant’.

Moreover, he portrayed guest appearances in season 3 of ‘Humans’ alongside Gemma Chan. He is currently managed by storm management and also he has modeled for numerous magazines.

He has an estimated net worth of around $200k and he has earned that sum of money from his professional career.

Nair does not like to harm other persons and has not been involved in any rumors and controversies in her personal and professional life.

Staz Nair has a masculine body with a height of 6 ft. 2 inches and weighs 75kg. Also, he has green eyes and dark brown hair. His shoe size, dress size, etc. are not available.

To know more about Jason Bradbury, Bill Hader, and Ken Jennings, please click on the link.